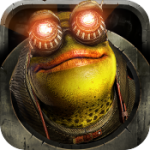 Kerosene Games knows how to make a visually-gorgeous game; Bounty Arms ($4.99) is proof of it. But graphics never make up for the rest of a game’s short-comings, and when the shine of the polygons wear-off so does the hypnosis. Sure, Bounty Arms is gorgeous and resides with a charming art-direction, but not much more than that.

Bounty Arms is a shooter, putting you in the shoes of 1 of 3 cute protagonists – an alien, robot, or roughneck – as you blast your way through the most un-epic of bounty missions. Narrative is told through text, is quickly forgettable, and – sadly – never attempts to make me care about BA’s characters or universe. With such high production-values I would have imagined Bounty Arms to at least have voice-over work, for what little narrative is actually there. Guess not.

There are 10 missions to play through; all of which progress similarly, except for a few boss battles. You run. You gun. You win. Once completed, you can grind out BA’s levels to continue uselessly upgrading characters, their pets – yes, there’s a nearly-useless pet-ability which essentially is a power-up – and weapons. 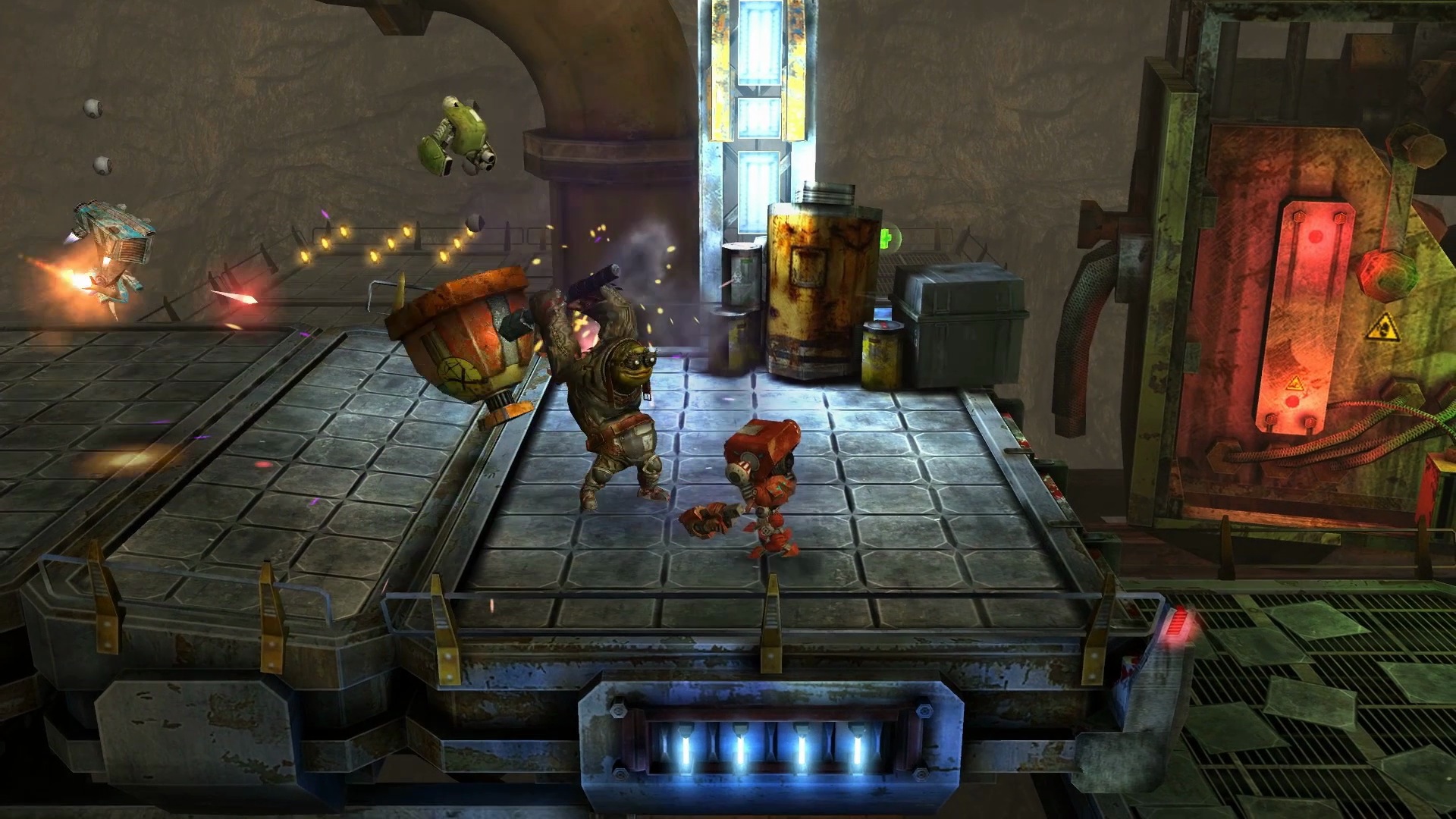 Bounty Arms is boring, as harsh as that may sound. I easily ran through all of its missions brainlessly shooting off my homing – yep…just face and shoot – weapons with little challenge. Death has no consequence, so I would not care otherwise. Level-design also remains boring; branching paths hide collectables and layouts lack anything deadly enough to make traversal engaging. And as far as all those upgrades: I never needed them to progress or felt inspired to grind missions over to unlock most of what it had to offer.

Don’t get me wrong, I enjoy Bounty Arms interesting, and fun, weapons; which consist of things like confetti-rocket launchers and giant fly-swatters. I also found its charming, sci-fi art-direction to be quite appealing. But that alone is not enough to make up for the game’s lack of control-options – which it desperately-needed to nullify a constantly moving virtual-stick – never mind everything else.

iOS games need to be better than what they have been. Better than just, “Wow! Look what my phone can do!” They need to be fun, before beautiful. They need to have systems – and mechanics – that matter to the game experience, instead of simply being used to add longevity to the product in hopes that the player will grind-on every time they’re on a bus or toilet. All these things… this game is not.

I can’t praise Bounty Arms for much more than visuals because it’s apparent these graphics where what was most important to this game. Unfortunately, that leaves me only recommending it to those of you who love showing off how good a game can look on your iPhone. If you’re that kind of person: enjoy the show. To everyone else: avoid this game. It rests with mediocrity on nearly all fronts, barely granting it a recommendation.