Heads up: Uppercut Games is indeed working on a sequel to its hit cover-based shooter, Epoch. Unsurprisingly, it’ll be called Epoch 2 and will follow the events of the first game. IGN secured the exclusive on this intel and the site notes that Epoch 2 will see numerous improvements, as well as a handful of fresh mechanics. This list includes: an active reload system similar to Gears of Wars‘ and a melee system.

The original Epoch ($0.99) busted on the scene in 2011 and wowed us with its intuitive controls and actual, original take on the Infinity Blade formula. It’s one of the few games that understood why that series plays so well and takes it to a new level. 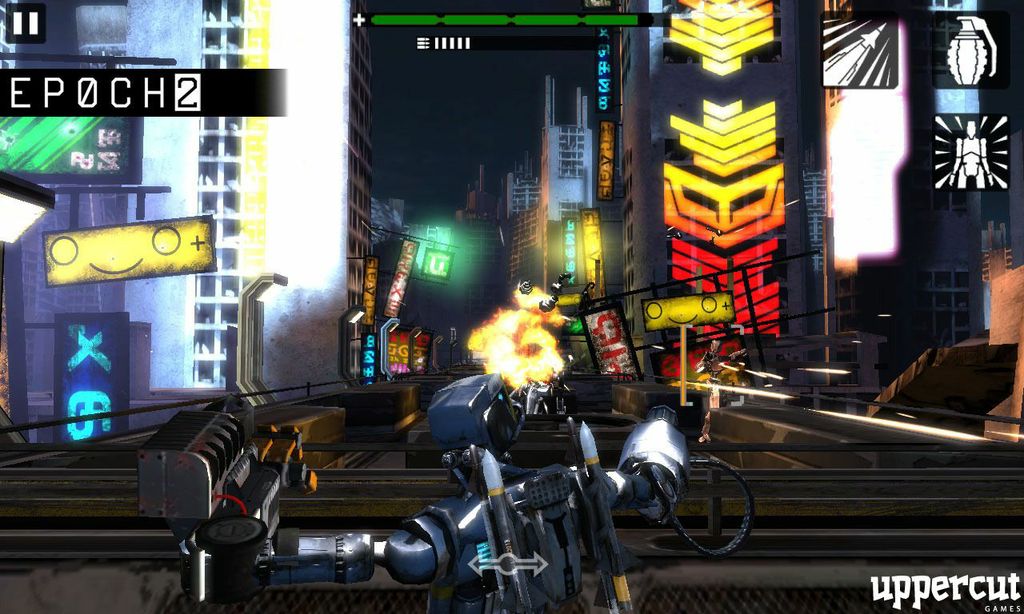 You should consider checking it out if you haven’t yet. It’s blend of cover-based shooting and acrobatics is pretty rad. Also, it has robots.