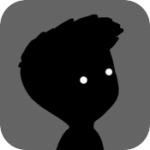 Walking along a grassy forest floor among silhouetted trees shooting interminably upward, each step rumbling in his ear, the Boy accidentally steps on a wolf trap. His head pops into the air, followed by a comet’s tail of black blood, as his body goes limp, and the trap pries itself open with a creak. It’d be funny if it weren’t so arresting, but that’s Limbo ($3.99).

The juxtaposition of Limbo‘s stark black and white visuals and its goofy death animations are part of its enduring popularity — it’s been well-received by critics and fans alike and sold well across platforms various and sundry.

Limbo is almost gleeful in the way developer Playdead so meticulously animated the way the Boy can be crushed, shot, poisoned, dismembered, burned, drowned, impaled, shocked, and cerebrally bored by slugs, each accompanied by evocative crunches, sizzles, pops, and squishes. Figuring out that corpses can be used as ad hoc flotation devices, or to safely trigger Temple of Doom-style traps, is one of Limbo‘s great joys. 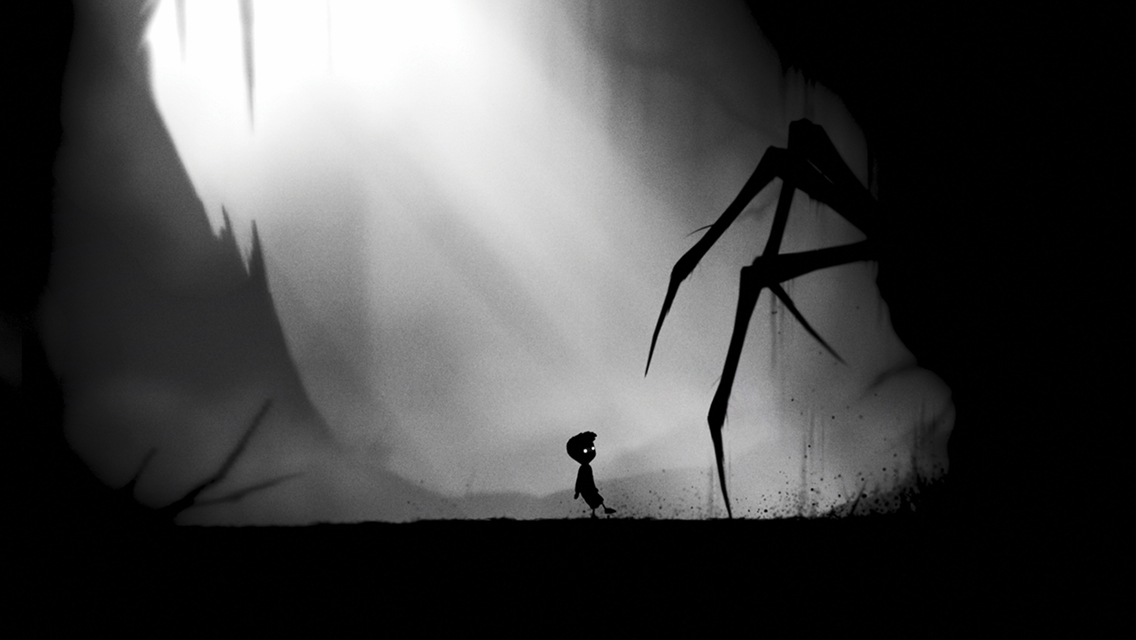 In Limbo, death comes hard and fast: it’s part of the world, it’s part of the aesthetic, and it’s part of the game’s design. Limbo is a puzzle-platformer, tasking players with moving through its forests, abandoned shantytowns, and decrepit oil derricks by solving an increasingly complex set of multi-step physics puzzles all the while avoiding giant spiders (oh God, the spiders!), aggressive locals, and the grinding clockwork of an inexplicably abandoned society.

The problem is that Limbo too often uses death as a teaching device. For example, there is a puzzle in the middle of the game in which a lever causes the entire room to spin. There is a crate in the room that, unless properly placed, slides into the Boy and pins him against a sawblade, which predictably butterflies him open. With no indication as to what the lever does, figuring out the first step of the puzzle is impossible without experimenting (read: being cut to ribbons) first.

That’s a common style of design, but the puzzle in question calls for several more steps, each calling for a few grisly deaths, before it can be reasonably completed. And then there’s the next puzzle, and the one after that, and then an entire game’s worth of incremental learning, one decapitation at a time, step by ghastly step. 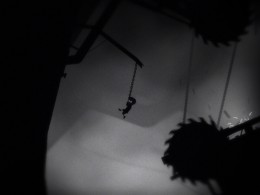 The cumulative effect of this repetition — and, yeah, the frustration that comes with it — is that Limbo‘s atmospherics lose their value, and the inky black shadows become impediments to progress instead of instruments of fear and tension. Once the shock of sudden death wears off, Limbo is sometimes a slog, undermining any fear or anxiety the art direction provides. Ironically, Limbo‘s constant barrage of death and carnage make it less unnervingly creepy, and it’s stark aesthetics get relegated to window dressing for the horrowshow.

It’s not that the puzzles in Limbo are bad, it’s that they suck the player out of the game’s beautiful, ethereal world, and into a series of calculations, strategies, and experiments. The parts don’t fit together or compliment each other.

Limbo‘s transition to touch screens only exacerbates its internal conflict. The controls are intuitive — drag to run, flick to jump, tap to use objects, and hold to grab onto them — but feel imprecise and finicky when asked to contend with puzzles that call for precise timing and platforming. The Boy often feels frictionless and lightweight, which is a death knell for timed puzzles, where the difference between a bad idea and poor execution can be hard to discern.

Stripped of its brooding art style and impeccable sound design, Limbo would be a mostly successful puzzle platformer: once each discrete step of a given puzzle has been sussed out, the solutions are often elegant, and the game’s learning curve is pitch perfect. The beautiful art and audio and the quiet, serene moments of gentle exploration they allow might be worth the price of entry alone. Time heals all wounds, though, and it’s easier to appreciate a puzzle’s neatly articulated design after surviving its repetitive meat grinder.

For example, one early section presents two pressure plates, each with a pneumatic crusher hanging over it. Jumping on the first plate freezes its crusher in place, allowing the Boy to pass by; jumping on the second one brings it down, leaving the Boy a gooey paste on the floor. That’s hilarious, but only once you’re in on the joke. At the time, it’s just frustrating, arbitrary, and disengaging

Limbo can be elegant and even morbidly funny, but the punchline hinges on retrospective goodwill, after you’ve brute forced your way through the puzzles and seen the entire Rube Goldberg machine in action. The price of that knowledge is costly: repetition and frustration that saps away any tonal power the moody, oppressive atmosphere may have had. Limbo‘s soft-focus monochrome promises mystery and dread, but it’s undercut by the very puzzles it deliberately obfuscates.