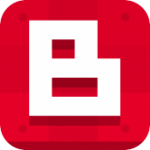 Tiny little puzzles make up Block Block Block (Free), a couple hundred of them. None of them take much longer than it takes to describe the game—you just slide blocks into lines of three or more and clear them away. That’s it. But it doesn’t really need anything else.

Matching blocks is one of those mindless activities we all know by heart, but Block Block Block rejects that. It’s a puzzle game in the classic sense, not an arcade game with the trappings of a puzzle. Yes, all you need to do is move blocks into lines, and follow a few simple rules while doing so. That doesn’t mean you won’t get stumped.

Block Block Block isn’t pedantic about it, though. It’s generous in helping players along. Each level pack introduces new elements or ideas. And the first handful of levels in each pack walks you through using them, step by step. Each level has a lesson; each lesson builds on the ones that you’ve already completed. By the time the game lets go of your hand you should have all the tools you need to finish the pack on your own.

It’s not that easy, of course. It’s one thing to look at a puzzle and know the answer is somewhere in your toolbox. It’s quite another to actually come up with that solution. Block Block Block restricts your moves to just about the bare minimum, so you’ll know when you’re on the entirely wrong track. It’s a bit harder to figure out the right track.

If you get stuck, there are hints. You start out with just a couple, and using one will let you walk yourself move by move through a level until you either figure it out or finish it. There are more to be earned by doing particularly well, and more to be bought if you’re out.

It’s not much of a paywall, since Block Block Block lets you tackle its levels in any order you choose. Still, with a single purchase you’ll also disable the game’s mildly intrusive ads. The sharing features could go as well, really—bribery with hints and achievement points doesn’t make me more interested in bugging my friends. Good riddance to the things that distract from the puzzles.

Nothing else does, thankfully. There’s nothing fussy about this game: no timers, no lockouts, no restrictions on retrying. Just simple block puzzles. Even the iconography is simple: the blocks that looked screwed down don’t move. The ones with arrows on them do. Easy to remember, even while they stump you.

Simple doesn’t mean easy, thankfully. Wegrass Interactive gets it right with Block Block Block, making puzzles that are challenging without being messy or overly complex. They’ll stump you, they’ll challenge you, they’ll make you think—and they’ll never, even feel unfair. Block Block Block makes the best of its ruleset, and rarely wastes a step.