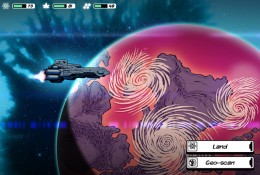 Space is hot. Well, I guess it’s actually cold, but games that have or feature space in them are super hot right now. People want more space games, as they ride highs from FTL: Faster Than Light, Star Command, and some other recent notables. I’m a big fan of space, too, all of a sudden thanks to these delightful games. Anyway, my point: you’re into space and you should probably make a mental note for Out There. It’s an upcoming space sim that combines choose-your-own-adventure, resource management, and exploration in one package. Also, it’s coming to iOS and PC and has this amazing art style.

Seriously, check this out:

The game revolves around a simple premise. You’re an engineer. You’re alone, stranded, and need to build a ship to get out of the space station you’re in. You do this, but that’s just the beginning — now you’ve got to explore the universe for resources, as well as personal gain.

We’ve yet to get our hands on it (trust us, we’re asking … a lot), but Modojo has a great preview that touches on some of the high concept-y ideas powering the game. You know, stuff like meaningful choice mechanics that actually change the plot, a sense of urgency, and resource management. Here’s some new screens: 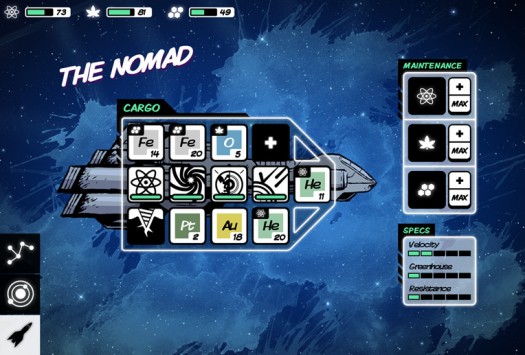 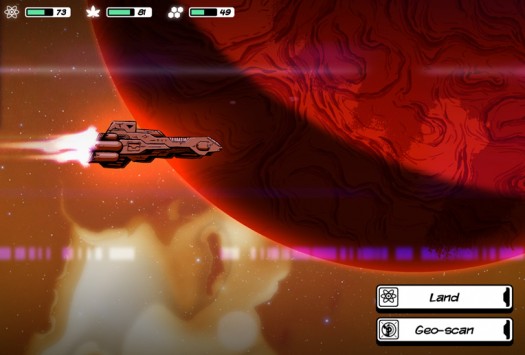 Out There is slated to hit “soon," according to the game’s web site. First person to make a “wow, this game is really out there" joke gets no prize. At all. Because you’re a bad person for doing that.