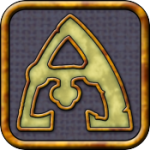 Agricola ($4.99) is a farming sim set in 17th century Europe. You may think you know what a farming sim is, but until you’ve played Agricola, you don’t know anything. There are no timers in Agricola, no virtual currency, and the only people whose farms you’ll be paying attention to are those of the 0-4 people (or AI opponents) you are playing against.

Agricola began its life as a board game, and it still had cards, chit-like icons, and other traces of its roots, but Playdek’s adaptation is so convincingly themed and touch-friendly that an innocent soul could be forgiven for thinking that they were playing a iOS original with board game styling.

In the board gaming community, Uwe Rosenberg’s Agricola is one of the most celebrated games of the new millenium. Originally released in German in 2007 (two years before Zynga’s Farmville), it is a worker placement game like Caylus ($4.99) and Stone Age ($6.99).

Each turn you allocate the members of your family to tasks like collecting resources, plowing, sowing, and building. You start with two adults, but will need to add children as soon as you can. The game’s most basic goal is to be able to feed your family come harvest time. 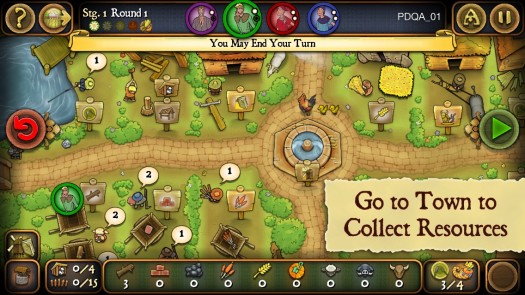 That sounds simple, but each action can only be taken once per round. Need clay to build an oven? If someone else collects clay before you, you’re out of luck this round. Children are invaluable additional “hands", but they’re also mouths to be fed, and if you have to send your family out begging it’s going to kill your score.

You see, no one dies in Agricola. Instead there is a complex scoring system that rewards a well-developed and diverse farm. You might be able to feed your family a diet of nothing but mutton, but you’ll score more points if you also have cattle, fields of grain, veggies, and an upgraded dwelling.

The way you need to plan ahead, but are in danger of being thwarted by other players, gives the game as much tension as any 4x strategy game. Add on the scoring system, and you’ll come to the (probably accurate) conclusion that peasant farming is harder and more interesting than waging war. 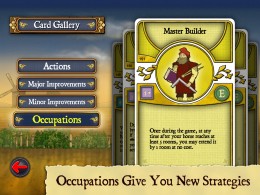 Playdek has really outdone themselves with this one: the straightforward action cards from the board game get transformed into a village commons as they are drawn from the deck, becoming shops, quarries, livestock pens and workshops. Your farm is similarly laid out in an attractive but also very lucid plot, with fields and pastures to the right of your dwelling, while occupations (like the Plow Driver, which improves plowing) and improvements (like that Clay Oven, which allows you to bake bread) are off to the left.

Both the village and the farm are full of small atmospheric touches, like the animated hen and chicks that pace back and forth by the village fountain, and the period music used for the game is appropriate and unintrusive. I found the game’s more “click-y" sound effects tedious, so I turned them off. You can speed up or slow down the game and animations separately, and toggle text descriptions of what everything does at will, aiding both novices and those who don’t want any of the pretty window-dressing.

The AI is solid enough, with three difficulty settings, and there’s async online play. I’ve also become obsessed with the “Solo series" where you get to keep (some) occupations between games, but have to earn an ever higher score to play the next game in the series. This mode maximizes the importance of planning ahead, and shows of the precision of the game’s “you don’t have time for everything" balance. 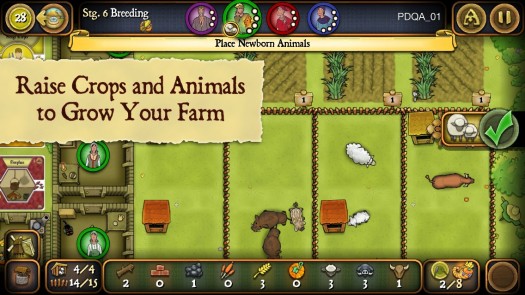 The base game includes the basic deck, with the more advanced Complex and Interactive decks slated for release as IAP. I experienced one crash, while trying to use an occupation to exchange resources in the middle of a two-stage action (on my iPad Mini), but was able to resume without problem right where I’d left off.

Agricola is a superlative port of an equally exceptional game. Just don’t mistake the cute styling for simple mechanics. Even in “family mode", Agricola is both challenging and competitive. The scoring system alone will put off some people who would otherwise find the concept appealing. That’s not a design flaw, it’s entirely intentional and the reason the board game has a devoted fanbase. In Agricola, farming is for the master strategist.