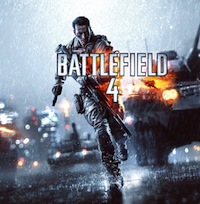 EA introduced Battlefield 4‘s 64-man multiplayer component earlier today at its E3 2013 press conference and touched on its “connected experience" features, which lean on smart devices to give players more information and power in battle.

From what we’re gathering, with an iPad, iPhone, or whatever, Captains will be able to order around their fellow players or deliver intel using real-time mapping via their mobile device. Obviously, the gameplay implications of this is crazy huge, making this maybe the most meaningful use of mobile devices as a cross-play device we’ve seen so far.

Using an iPad as an over-arching strategic device seem pretty cool. You gotta wonder, though, if this is just an exclusive Xbox One feature. We’ll get that detail as soon as we can. BF4, by the way, is slated to hit this fall.