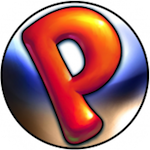 The EA press conference at E3 2013 in Los Angeles started with a bang: PopCap Games is working on the next game in the Peggle franchise, Peggle 2.

The reveal came at the end of a live demo for Plants vs. Zombies 2: Garden Warfare, and it was pretty short. In fact, it was simply PopCap Games co-founder John Vechey jumping up and screaming that Peggle 2 is coming this year — no footage, no images, and no platforms were announced. But, hey, Peggle 2. That’s worth getting excited about.

Of course, Peggle eventually made it to iPhone ($0.99). The iPad version hit way later ($0.99) in 2011. Considering how well they were both received, and how into mobile PopCap is these days, it’s hard to imagine that Peggle 2 won’t see a release on iPad or iPhone. But that’s just our speculation.

We’ll get some firm details in the coming days, we’re sure.