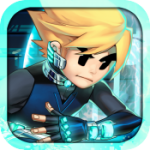 Better Than Portal ($0.99) certainly makes lofty claims with its attention-grabbing title. With clever storytelling, a cheeky sense of humor, fresh mechanics, and interesting puzzles, Portal is an amazing title. Better Than Portal is, of course, not better than Portal. While it openly draws inspiration from that title, it contains almost none of what makes Portal the outstanding game that it is.

The basic setup of the game isn’t going to win any prizes for innovation. Each stage is a single screen affair where you need to reach the exit. There are barriers, spikes, and bottomless pits applied liberally to impede you. Naturally, some devilish fellow has strewn exactly three stars in each stage in ostensibly hard-to-reach places. You know the drill.

The main play mechanic involves the use of a gun that allows you to create a portal on specific surfaces. You can have up to two portals on-screen at one time. These portals work as you would expect portals to, allowing you to travel from place to place by placing them intelligently. 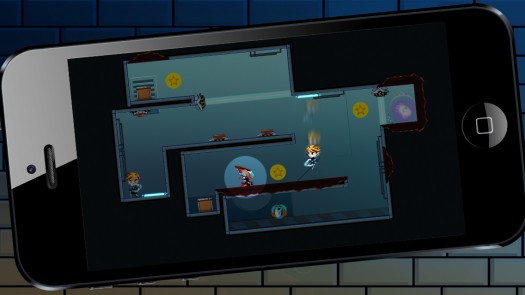 You can also use the portals to move around crates that can be used to hold down switches or create paths across dangerous surfaces. Apart from walking left and right, this is the only thing your character can do. You can’t jump or even push crates, leaving you to rely entirely on using portals to perform what would be completely mundane actions in most games.

It’s a fun mechanic that forces you to think about how you’re going to progress in new ways, and even if it’s not a new idea, there are still plenty of ways it can be used to create a very fun game. Unfortunately, Better Than Portal suffers from a lot of problems that keep it from realizing its full potential.

Right from the get-go, the controls just don’t work as well as you’d like them to. It’s very easy to accidentally touch the area around the on-screen controls, launching a portal when you simply wanted to walk. This is a problem because if you have two portals on-screen, launching another will erase the first portal you had set down. At best, you’ll have to set down both portals again, and at worst, you’ll end up trapped somewhere and need to start the stage over again. The character’s movement is also very sluggish. This isn’t a fast action game, so it’s not as damaging as it could be, but you’ll often wish your character would pick up the pace a little bit. It’s also a bit strange, for a game that relies fairly heavily on physics, how completely unmovable crates are. Gravity and momentum will toss them around with wild abandon, but they’re essentially bolted to the ground as far as your character is concerned. 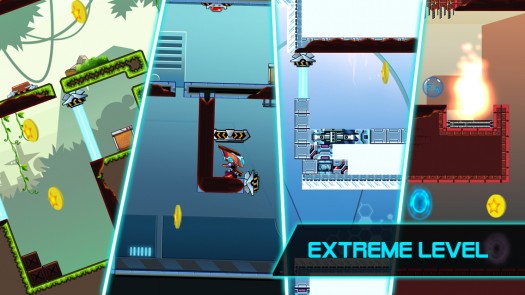 Ultimately, though, this is a puzzle game, so the puzzles are what count the most. Better Than Portal does have some good head-scratchers, though not nearly as many of them as you’d like. You really need to work out a plan for many of the later levels, and it’s quite satisfying bringing it all together. However, even here, Better Than Portal missteps. In the first few levels, the game teaches you some basic techniques, but the levels very quickly require some advanced techniques that the game never even properly hints at. If you’ve never played a similar game, you’ll probably be at a loss as to how to proceed. However, if you have played a similar game, like, ahem, Portal, the puzzles will for the most part be incredibly familiar, leading to an all-too-brief game.

Even with all of its problems, there is some fun to be had with Better Than Portal, particularly in the latter part of the game when the puzzle difficulty steps up. The visual design and sound are both inoffensive but unspectacular, adjectives that could be applied to the game in most respects. In the end, the most notable thing about this title is its cheeky title, pointing to ambitions it’s ill-equipped to achieve.