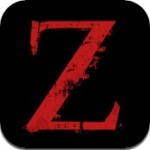 As we learned earlier this month, a new movie tie-in game was in the works for the upcoming zombie apocalypse flick World War Z, and as it turns out that game has snuck onto the New Zealand App Store with the rest of this week’s releases. World War Z on iOS is from Phosphor Games, who are known on mobile for Dark Meadow and Horn, two games that excelled at creating atmospheric settings but had their share of drawbacks mechanically.

I think you could say something similar about World War Z so far too, a semi-on-rails first-person shooter that does a decent job of making you feel like you’re living through a zombie apocalypse, but fails to deliver the kind of satisfying combat that other shooters do.

Default controls are to tap anywhere in the environment to move to that place, and tap things to interact with them. When enemy sections begin you’ll stand stationary as waves of enemies approach you and pick them off with your current weapon. By default, firing your weapon is automatic when you get a zombie in your aiming reticule. You can change firing to manual as well as switch to a dual-stick movement setup, but it seems all the combat portions are still basically stationary or guided on-rails. 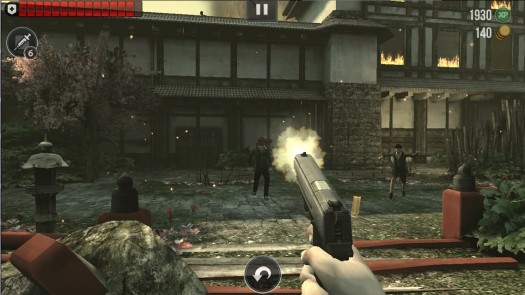 The bummer is that even turning on manual controls doesn’t keep the action from feeling stiff. Everything feels very mechanical and scripted. Enter an area, triggger a wave of enemies, pull out your gun and stand stationary, dispatch some zombies, put your gun away and gain the ability to move again, move on through the level and trigger another wave of enemies and do the whole thing over again. It never feels like you’re truly a guy stuck in a crazy situation taking on whatever crazy challenge pops up next, but rather like you’re just moving from one scenario to the next without any cohesiveness.

Also worth noting is that there’s a melee mechanic which, much like the game itself, feels like a neat idea that fails at its execution. In the early part of the game you’ll be confronted by a zombie in an alley, and in a panic reach for the nearest weapon that you can find: a crowbar. (Never mind the fact that you have a pistol on you, which you literally used about 10 seconds before triggering the crowbar part, but whatever.) 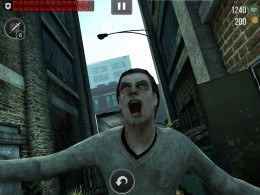 You grab the crowbar and suddenly you’re right up in the zombie’s business. World War Z tries to get Infinity Blade-ish on you with the melee combat, allowing you to dodge a zombie’s charge to gain an opening to counter, or push back with very precise timing while a zombie is attempting an attack to block and create another offensive opportunity. When you have an opening, just swipe the screen to swing away at the zombie with a satisfying thud.

It all seems great on paper, but breaks down in practice. The swiping is not accurate and it’s too easy to accidentally trigger the pause menu or the timed block as the buttons for those are near the upper and lower parts of the screen respectively and end up getting in the way. Also, once a zombie starts attacking it’s too difficult to push him back to get another opening, and during this initial crowbar section of the game (which is essentially just a part of the tutorial) I died four times before finally passing it. Something is usually wrong when you can’t even get past the part of the game that’s teaching you how to play a part of the game.

I will say that one of the cool parts about World War Z is the level of interaction in its environments. It’s nothing major, but I was pleasantly surprised to find I could search victims’ bodies or the trunks of cars for additional ammo, health, or XP. There’s even some neat gesture-based stuff, like when you search a filing cabinet or drawer and swipe back and forth between files and papers to find what you’re looking for. In fact, World War Z loves to have you swipe papers, at least in the first level or so. It’s gimmicky, but I admit it gave me more of a connection with the environment and even a hint of classic adventure gaming. You can see a lot of the stuff I describe in the story above in the developer’s gameplay demonstration video.

Unfortunately, as neat as the interaction stuff might be, it doesn’t seem to really mean anything. You explore and are usually rewarded for checking nooks and crannies, which I like, but finding that hidden paper or book doesn’t result in any sort of additional storyline details or anything. It feels like a missed opportunity to immerse the player even further into the zombie apocalypse that’s raining hell down around you, which the visuals and sound already do a great job of.

World War Z is one of those games I really want to love. It looks like it’s got it going on. It does a great job creating a zombie apocalypse atmosphere but then ruins its immersion with all the stiff mechanics. I’m definitely intrigued enough to continue on and see what else it has to offer, but I’m not sure if I can get stuck in another clunky loop like the crowbar portion and still be as enthusiastic afterwards. More impressions can be found in our forums and if you want to know when World War Z is available in the US App Store later tonight then add it to your TouchArcade app Watch List.