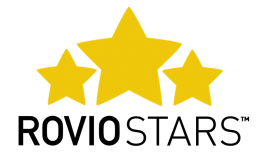 Rovio has made a killing selling Angry Birds games and pretty much any type of branded merchandise you can imagine, but they haven’t done so hot with games that don’t feature angry birds or little green pigs.

Today the company announced a new publishing initiative, called Rovio Stars, which will see Rovio publishing 3rd party titles that they think have the potential to be the next Angry Birds without having to actually dump the time and resources into making their own 1st party games. Think Chillingo, but more Finnish.

It makes total sense, and with the kind of money and established fan base that Rovio has they can provide an opportunity for good games to stand out that might otherwise get buried in the App Store.

While I’m not super surprised to see Rovio moving into publishing, the most exciting part about this news is that the first two Rovio Stars games are both ones we’ve previewed in the past, were pretty excited for, and then haven’t heard much about since.

First up is Nitrome‘s Icebreaker: A Viking Voyage, a clever-looking physics puzzler we first spotted last December. I know, I know, physics puzzlers. But Icebreaker looked pretty unique in that it had you manipulating and slicing apart different parts of the environment in order to get your little viking dude to its goal. It also didn’t hurt that Icebreaker had a top-notch visual style and great sound work. Here’s a new Rovio Stars-approved trailer for Icebreaker which looks pretty similar to the first trailer but comes with much more gruff voiceover.

Following Icebreaker, the next Rovio Stars game is set to be Tiny Thief by 5 Ants. You might remember us gushing over Tiny Thief back at GDC last year, which feels like ages ago. Not long after that some new screens popped up and it looked like everything was go for launch in the months that followed. It sort of seemed to fall off the map, though, so I’m extremely happy to see it resurface under Rovio Stars.

Tiny Thief is a puzzle game at its heart, and sees you controlling a tiny thief as you use stealth and ingenuity to successfully steal stuff in a vibrant, cutesy little universe. The really impressive part about Tiny Thief is the level of interactive elements in the game’s environments. You can interact with practically anything, and doing so can have a wide variety of results, meaning there’s never just one clearcut path through each level. Here’s the original trailer again, newly branded by Rovio Stars, so you can get an idea of Tiny Thief in action.

Both Icebreaker: A Viking Voyage and Tiny Thief are said to be coming “soon" so be sure to add both to your TouchArcade (Free) app Watch List if you didn’t do so previously and we’ll be sure to update you with any more news, like pricing or a specific release date. Also, if you’re a developer interested in applying for the Rovio Stars program you can do so on the Rovio website.

It’ll be interesting to see how this whole Rovio Stars thing pans out, but at the very least I’m super excited to see two games I had thought went the way of the dodo resurface with new life.