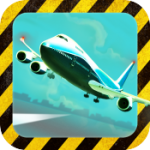 Here is a video game that caught our attention last month, but I really only just got around to checking out. It’s called Mayday!! Emergency Landing (Free), and it’s a flight simulator of sorts, except rather than tasking you with successfully flying an aircraft it instead thrusts you into emergency situations on said craft, and it’s your job to figure out how to handle the problem and land all of your passengers safely.

Here’s the thing with me and flight simulators: I’m terrible at them. Especially the really realistic kind. Mayday I would say falls into this category. In each of its dangerous scenarios, you’ll need to be patient as you hold your device steady enough to follow the proper path that will lead to a safe landing. I am not that patient when it comes to things like this, and my movements also aren’t so subtle. So try as I might, every single time I end up flinging my plane all over the sky and ending in a fiery crash. Note to humanity: don’t ever give me a pilot’s license. 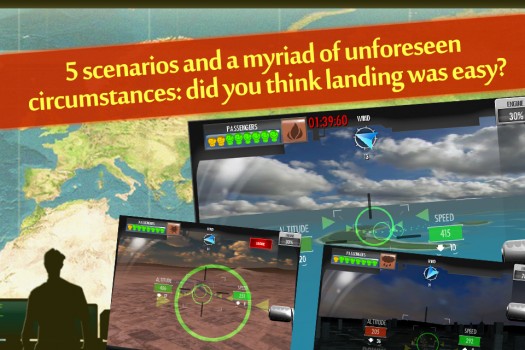 We briefly talked about Mayday on our podcast last month, and found it to be an interesting premise but weren’t too sure how much lasting appeal landing planes in disaster situations would have. I’d have to say that I do love the idea here, but I just can’t get into it, even though I really wish I could. It’s much too hard for me. However, your experience might be different with flight simulation games, and since the idea behind Mayday is so neat we thought we should let you know about it in case you missed its release.

Mayday is free to download and try, and there are options to buy IAP currency or you can shell out $4 to unlock the full game and all future updates outright. If you’ve felt like your flight simulator experiences have all been much too safe, give Mayday a try for a new spin on things.