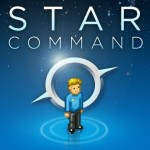 When Portal 2 was postponed from late 2010 into 2011, Valve shot out a press release with the subject “VALVE ANNOUNCES MAKING GAMES IS HARD." It was cheeky, sure, but the simple message did its job — at least, no-one thought the puzzle title was vaporware after it went back into the oven. In hindsight, we wish War Balloon would have done a similar thing once Star Command started to slip. Originally slated to hit in 2011, it saw a lot of delays and a good bit of backlash as a result. You could almost set your watch to a “vaporware" reply coming from someone immediately to any question in the game’s thread.

Why did Star Command slip? A lot of reasons, all boiling down to making games is hard. In an effort to seemingly clear the air, War Balloon has commented on the game’s delays as well as what it has become since its initial pitch, which was delivered to the world via Kickstarter. The headline grabber in this update is this: Star Command as it is now is 30 percent the game War Balloon wanted it to be.

“First, and foremost, we are VERY proud of Star Command, the update reads. Is it everything we had hoped it would be? Of course not. It’s probably 30% of the original vision. Originally, we wanted different eras of ships starting with mankind first heading into space, to a lumbering Ridley Scott-esque commercial fleet to a more peaceful and exploratory Star Trek-like experience. Those were the thoughts of drunk men. We wanted research, a robust diplomatic engine on par with civilization, the ability to capture and torture enemies, and eventually the ability to invade other ships and beam down to planets. So understand that the final product is not near our final vision — and that is OK."

As we just covered today, Star Command is basically a sci-fi strategy game that focuses on the people, technology, and the rooms of an interstellar starship. You can move your crew around the ship as you fight, assigning them to man rooms as well as put out fires or even blast at aliens that board your ship. It isn’t about research or diplomacy. It’s about fighting in a hilariously bent galaxy.

War Balloon feels like it got to the core of its idea, though. And for what it’s worth, we think it’s going to be a pretty good video game. Recruiting new dudes, talking with aliens, and running around your ship are all engaging components of a cohesive, funny, and tough experience that also feels great on touch devices.

Of course, the boiling down of its core ideals means that this isn’t exactly the game that normal, everyday people funded (twice). This is what happens with Kickstarter. In the actual execution phase of design and development stuff tends to get tossed or even new stuff gets added. That’s the risk, you know?

In lighter news, Star Command is totally (probably) coming out soon. According to this update, the game will be submitted to Apple within the next 24-48 hours. The submission process can take hours or days or up to a week, but it sure seems like a good bet that Star Command will be on the App Store by next Wednesday, ready for purchase at its $2.99 price point. The Android version of the game is said to be coming about a month after. The PC version of the game is coming after that.

New things might be added to Star Command down the line, including some stuff of the stuff that hit the cutting room floor. We’ll have to see on that because, you know, video game development is hard and all.