Hmmm, this is sort of weird. Angry Birds creator Rovio is set to release a new game on March 14th based on the DreamWorks animated movie The Croods, which comes to theaters about a week later on March 22nd. The Croods are a caveman family whom you can meet in this short animated teaser, and if you squint really hard at the end you might actually be able to make out a second or two of gameplay.

Based on the information released so far, The Croods game will be a Famville-ish type of simulation where you’ll need to set traps to catch prehistoric animals for food. It also says you’ll be able to upgrade those animals, so maybe you’re not just outright eating them but they’re producing food for you and your family. I really don’t know, but it is interesting to see Rovio’s involvement and I guess we’ll find out more leading up to the game’s release in a couple of weeks. For now I’ll leave you with a few screens from Rovio’s website which give you a slightly better look at The Croods than the teaser trailer does. 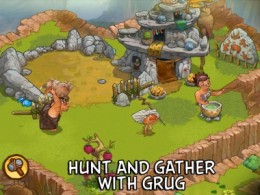 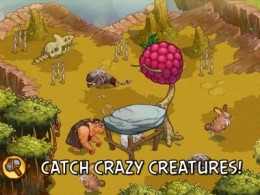 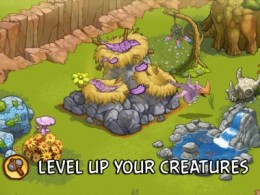 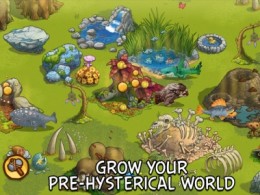