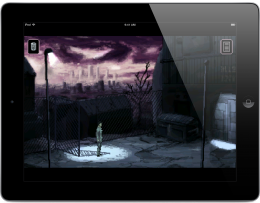 You know how they say brevity is the soul of wit? Indie publisher Wadjet Eye Games must be witty indeed, then: they sent out a press release yesterday formally announcing iPhone and iPad versions of Gemini Rue, a cyberpunk adventure game designed and written by Joshua Nuernberger.

Wadjet Eye promises that Gemini Rue “has been tweaked for maximum comfort on iOS devices," but point-and-click games are typically well-suited to touch devices in my experience, so no surprise there. A pack of screenshots notwithstanding, that’s about all there is to know about the project right now. 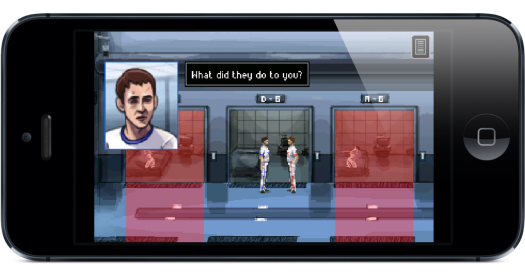 Gemini Rue has a fair amount of positive buzz behind it: back in 2010, it won the Independent Games Festival’s student showcase, and racked up a tidy collection of awards when it was released in 2011 on PC. As you can see in the trailer below, gritty, futuristic environments and film noir narrative are tied together by Gemini Rue‘s gorgeous pixel art. Gemini Rue is about the intertwining stories of Azriel Odin, a killer-for-hire-turned-cop, and a man named Delta-Six, who wakes up in a psych ward with no memory of his past life.

Maybe I’m a sucker for cyberpunk and adventure games, but I missed the game’s first one and am happy to see an iOS port. Wadjet Eye Games will be showing the game to press at PAX East and the Game Developer’s Conference in March, so we can assume that the conversion process is coming along, but a formal release window and pricing haven’t been announced yet.