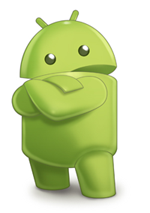 Last week one of our forum members started a thread asking us to create a forum for Android games. It got a surprising amount of support in a fairly short time period, so, we figured… Why not? Behold, the Android Games Forum which of course you can also access via the iOS TouchArcade App (Free). It’ll be interesting to see what the forum turns in to, since (according to the initial request thread, anyway) there seems to be a decent amount of crossover in our community between people who might have an iPod touch or iPad but also rock some kind of Android phone (or vice versa with an iPhone and Android tablet).

If you love the TouchArcade community, but have missed having a place to discuss the happenings on the other side of the proverbial platform fence, give it a look. Similarly, if you’re a developer that either has a ton of Android games or some Android stuff in the works, don’t hesitate to start a thread. There’s not a whole lot going on there yet, but I have a feeling that’ll quickly change.