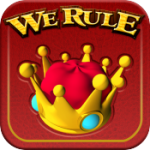 Ngmoco hasn’t been the preeminent mobile developer that they once were since being bought out by Japanese-based DeNA in October of 2010. After bringing such stellar premium titles like the Rolando series and Star Defense, a major switch to the freemium model in 2011 proved to be successful. They continued on with releasing a variety of free-to-play city-builders and simulation games of varying themes, but haven’t been directly developing anything for iOS for a long time.

Their freemium games were incredibly popular, but as with anything that’s built entirely around online and social functionality that popularity can’t possibly last forever. Ngmoco has previously shut down the servers for Miraphonic’s “Wars" series of games in early 2011, including the massively popular Epic Pet Wars, and they caused even more of a stir when they shut down the servers for Eliminate last year, one of the first great online multiplayer first-person shooters and arguably the game that sparked off their huge interest in the freemium market.

Well, the axe continues to fall as Ngmoco has announced on their website the shuttering of four more of their online-reliant titles. We Rule Deluxe (Free), GodFinger All-Stars (Free), TouchPets Cats (Free) and TouchPets Dogs 2 (Free) will all cease functioning on March 31st. Besides the announcement on their website they’re also warning players who boot into these games via a pop-up notification. 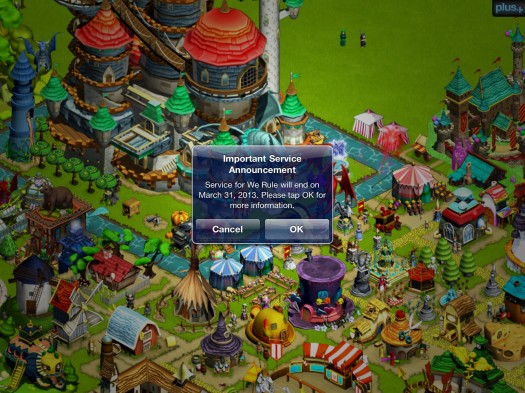 The games themselves will be taken down from the App Store on February 1st, and all in-app purchases have already been disabled in-game. Any unused IAP can still be used up until March 31st, and all the games will still be playable until that point. Hopefully you haven’t developed too strong of a bond with your virtual pets, because after that point you won’t be seeing them again. It’s something to think about when dedicating a ton of time and/or money into server-based, freemium games like this. After more than 25 years I can still blow the dust out of my Super Mario Bros. cartridge and fire it up, but a game that’s not even a few years old yet will be gone forever at the end of March.