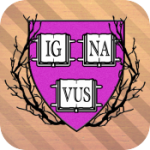 Are you the sort of person who knows all about the majestic alot? Have you considered sending your friends posters to help them with their little their/there/they’re problem? Well then, we should probably hang out some time, since insufferability loves company. Also, you might want to take a look at The Grading Game ($0.99).

There’s an argument to be made that this isn’t really much of a game, that it’s just badly disguised work. You take poorly written ‘student papers’ plucked straight out of Wikipedia, locate the errors that have been inserted into the text, and see how well you did at tracking them all down within a short timer. For the wrong person, this would be agony. If you’re anything like me, though, you’ll love it.

It’s the timer that does it. I’m not the fastest editor out there, and The Grading Game isn’t exactly generous. So many great games are about snap reflexes for skills you’ll likely never use in real life, but this one hones skills that are actually pretty useful. Get good enough at it and you’ll have no problem spotting a misspelling, a run-on sentence or a poorly-place punctuation mark at a glance. 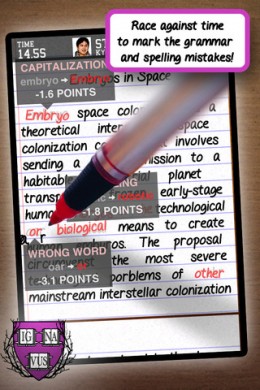 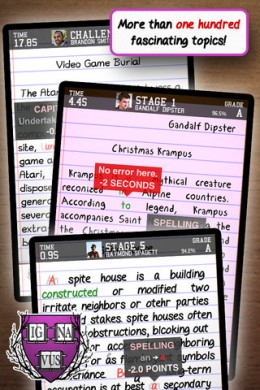 There are two ways to play The Grading Game. One, Career mode, has you work your way through dozens of levels that focus on individual topics. Each time you complete a level you earn fake cash and unlock the next. The narrative has you grading to pay off a crippling pile of student loan debt, working for the abhorrent Dr. Snerpus. Fail his students and he’s ecstatic. Let them through with a decent grade and you’re fired.

Career mode’s levels are split into three rounds, and your performance on each is paid out into one hefty total—supposing you’ve managed to get the students down to sufficiently low grades. Each round generally has its own style of play. Sometimes it’s a matter of finding a certain number of errors before the timer runs out. Sometimes sections pop up one at a time, each with a single error to find. Occasionally a whole round will hinge on finding one sneaky little error, a nice break for your marking hand. 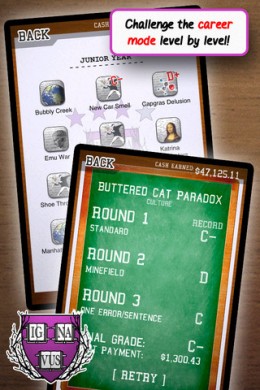 In Quick Play mode you’re still working for Snerpus toward the same goal, but this time the play is more or less endless. Each time you finish a round you’re presented with a new one, and you keep going until you fail to, er, fail a student.

The problems with this game are the ones you might expect if you’re a seasoned stickler. There are rules that aren’t always cut and dry, so the difference between success and failure can sometimes ride on iffy calls. Similarly, there are occasional errors in the text that the developers apparently neither introduced nor noticed. You get hit with a time penalty for incorrectly marking an error, so this can be a hassle.

I’m also going to nitpick briefly, as this is a game for nitpickers. The Grading Game is a nag. It nags me about following the developers on Twitter. It nags me about rating the game. It prompts me with all manner of prompts, and I’m really not interested. Learn to take no for an answer, mode of expression.

Most of the time, though, The Grading Game is pretty cool—assuming your idea of cool is finding other people’s mistakes and punishing them. Allow me to propose that it’s a better outlet for that sort of thing, than, say, your friends’ Facebook conversations, or comments on blogs. Not only will The Grading Game make you a better, faster, more precise editor, it could make you more likeable to boot. How many games can claim that?