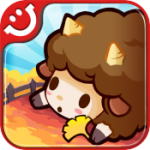 As someone who has been around since day zero of standing in line for the O.G. iPhone, it’s incredibly interesting looking at just how the App Store has evolved since, well, before it even existed. Back when free to play first hit the App Store the name of the game and buzzword phrase of the season was “minimum viable product." What developers (or, more accurately, the suits calling the shots) meant by that was putting as little effort into something as possible, shipping it, and then seeing what sticks. This was the business voodoo behind why you saw so many blatant re-skins of… Just about everything.

Now days, things have matured in a great way, especially if you’re the kind of person who is really into these sorts of free to play titles. As we mentioned in a recent feature on Supercell’s Clash of Clans, these games are getting shockingly complex and diverse in what they offer as they continue to see support from their developers. If the more PvP-based nature of Clash of Clans didn’t appeal to you, but you still want something with loads of depth, Tiny Farm (Free) might be just what the doctor ordered.

At first look, it’s the same cow clicker you’ve been playing for potentially years through countless iterations. However, once you get deeper into it, an entire world of animal breeding and farm customization comes to light. Just like DragonVale (Free) there’s super rare animals to chase, and tons of other things to work for. Interest in the game has been fairly constant on our forums especially as Com2uS has sponsored various contests to do with the game over its lifecycle so far.

Following the many updates the game has had (including a Hello Kitty-themed update) comes a Holiday bundle slated to hit later this month. Players will be able to add all sorts of Christmas-themed decorations to their farm, build a new toy factory, and tons of other stuff. Anyway, if you’re looking for a farming game with a seemingly endless pit of things to work towards, give Tiny Farm a shot. Com2uS seems content with updating the game for eternity, so we’ll just have to wait and see what other sort of additions your farm gets following the holidays.