We’ve been pretty excited for Foursaken Media‘s upcoming RPG/strategy/castle defense hybrid Heroes & Castles ever since we first posted about it last month. Over the weekend, the guys from Foursaken posted some new screens in our forums, and they’re looking mighty fine. They’ve added some additional graphical enhancements since that trailer that we posted last month, like new lighting and shader effects and normal mapping to the levels. Check it out. 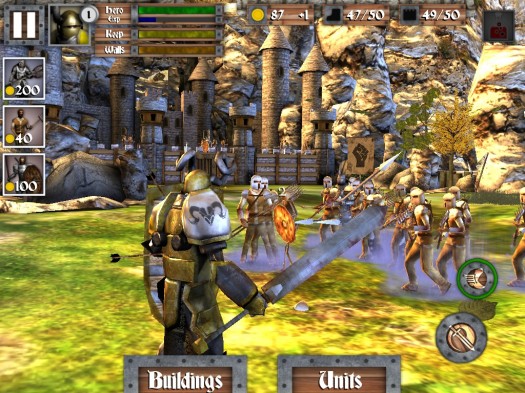 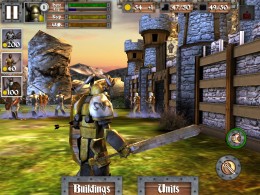 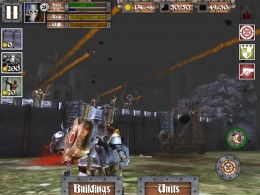 They’ve also added some interesting new game mechanics. As one example, in the screen above you can see a row of archers standing on a castle wall. It’s foggy out in this particular battle, and that fog will actually lower the archers’ accuracy a bit due to the decrease in visibility. Instances like this will force you to think about your strategies differently to account for things that are out of your control, like fog. It sounds pretty cool.

Heroes & Castles is very near the finish line and should be submitted any day now. From there it’ll be up to Apple, and there’s a very slim chance we could see it this month but most likely keep your eye out for it in early January.