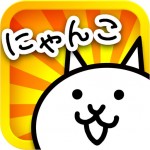 “In 2012, USA launched a secret proejct. To wake up Japanese people from being too peaceful, their new weapon was sent into Japan. Code name “Battle Cats" Japanese people are too kind and nice to use cruelty weapons to the Battle Cats… By the way, I Saw the developer of the Battle Cats was interviewed on TV… I know, it’s insane."  [a thousand times sic.]

That glorious, brain-hurting pile of Engrish is only part of what lurches Battle Cats (Free) into the title screen. There’s more to the “story," like how the unknown narrator tried to write a letter to someone and got distracted by their own terrible handwriting and then forgot who the note was meant for so they trashed it. It’s all superfluous, crazy, silly, and completely unnecessary because, again, this is all before the game even starts. It’s just there to set the scene. 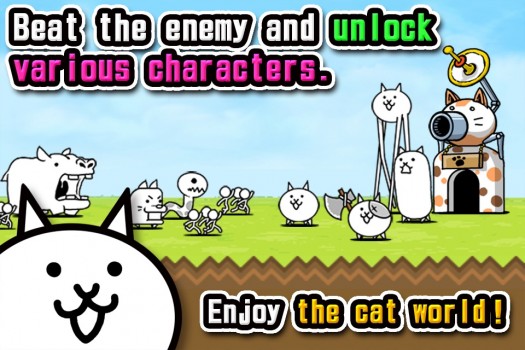 All of this is to say: PONOS‘ newest game is long on charm and spelling errors, but is still tons of fun. It’s a tower defense game but with a couple of key twists: Yes, there are cats, but also you focus more on dispatching units from your single tower instead of upgrading the structure itself. You can improve your tower, but the points you earn are mainly spent to upgrade your troops.

Oh. Yeah. All your troops are cats. Cute, adorable, black-and-white scribbled kitties. Each level starts off with your tower and a slowly increasing wallet. The more you earn, the more cats you can send out. Or you can decide to increase your wallet’s capacity, with a button that also speeds up how quickly you accumulate money. The idea is: more, more, more. Earn as quickly as you can. Send cats out as quick as you can. Win as quick as you can. 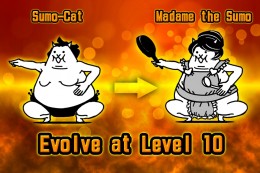 Each level is set up like a standard showdown: Your enemy’s tower is across the way a little bit and they also can send enemies your way. They don’t have cats. They have a cat’s natural enemies: hippos, stick figures, and dogs. Eventually you’ll hit a wall and can’t keep up with the enemy onslaught and you can opt to either go back and earn more experience from previous levels or pony up some moolah for in-app purchases to cheat and increase your guys’ stats quicker. It’s your call, but, you’d have to be the most impatient million-dillionaire to take shortcuts in a game gushing with whimsy about war-driven cats.

There isn’t an astonishing amount of depth to the game, which seems more forgivable since it’s a free title, but it is a great time-killer. Each level is essentially the same, although the backgrounds change, along with your enemy’s towers. (I especially loved the Sapporo beer tower, for example.) So, there’s the micro-repetition of each stage and the macro-repetition of leveling stuff up.

There’s a lot of different elements to level up (make your tank cat’s reach greater, your tower’s laser more potent, make your accountant cats able to earn money quicker, etc.), which means Battle Cats (read: not a Thunder Cats knockoff, in case you were wondering) has staying power if you so desire it. Why, you could almost say it has nine lives, but according to Battle Cats, once a cat is killed it dies in a poof of smoke then you have to wait a few seconds to earn $50 to regenerate another one.