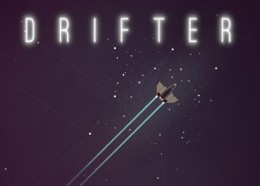 It’s been a little over a year since Celsius Game Studios formally announced Drifter, an epic-scale space trading and combat game and a follow-up release to their fantastic 2010 space shooter Red Nova ($1.99), and our anticipation has been bubbling ever since. It’s not just us, though, as Drifter has found itself amongst the Ten Most Anticipated Upcoming Games list which is based entirely off of how many of our readers have added the game to their Watch List in the TouchArcade app (Free). In short, we all want this game!

We last saw Drifter in action at GDC back in March, and it was looking great then. Today, Celsius has finally released some more teaser footage of Drifter, this time showing a confrontation with some space pirates in the middle of an asteroid field. Check it out.

As has been mentioned previously, the soundtrack for Drifter is by the great Danny Baranowsky who is responsible for more classic game soundtracks than I can shake a stick at, and the new tunes in the above video definitely add tremendously to the overall atmosphere in the game. It’s all seemingly coming together rather well still, and every time I catch a new glimpse of Drifter my anticipation to play the darn thing grows even greater.

As to when we’ll all actually be able to get our hands on Drifter, Celsius Game Studios says there is a slim chance it could hit before the end of the year as originally planned, but an early 2013 release is looking more likely. It definitely won’t ship before it’s fully ready to go though, which I appreciate, so for now I’ll just kick back and try to be patient as Drifter’s release draws closer.