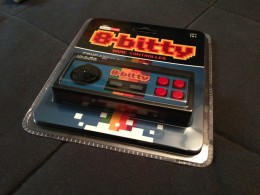 Yesterday afternoon my UPS driver dropped off two fantastic new toys for me to play with: The ingenuiTEA which you need to order now if you’re at all into tea and the ThinkGeek 8-Bitty gamepad… A product I’m not sure I can give a similar glowing recommendation to. It’s something that has sparked quite a debate amongst TouchArcade staff as we all agree on various levels that it almost seems like the era of the iOS Bluetooth gamepad may have passed.

To back things up a bit, let’s start with some history of games on the App Store. One of the true revolutions of the iOS platform (or, the iPhone, I suppose as the “iOS" monicker didn’t exist until recently) is the full touchscreen design of the devices. While using things like Safari and the mail client totally felt like the future, when the App Store launched, mobile developers who were used to having some form of physical controls were left scrambling trying to figure out how to best translate their games to a platform with no tactile feedback to speak of. 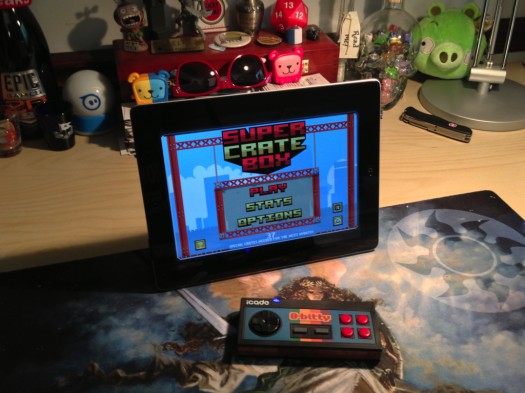 Most early entries in the Games category on the App Store could be described more as “Games that happen to run on the iPhone" rather than “iPhone games." It’s an important distinction, and a large part of the reason why we loved early titles like Spider: The Secret of Bryce Manor so much (Free). Spider felt like it could only exist on a full touchscreen device like the iPhone. 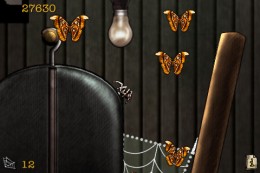 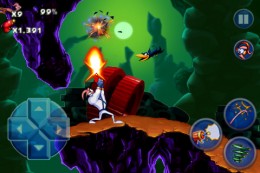 Just looking at the two above screenshots, the difference is massive. Spider, on the left, is played entirely with taps and flicks and in turn provides this remarkably immersive experience where you’re spinning webs, catching flies, and actually beginning to feel like you’re really directly controlling this little virtual spider.

Comparatively, Gameloft’s Earthworm Jim ($4.99) is the same old console game, made to run on the iPhone, with a massive set of virtual controls plastered on top. To make things worse, these controls were so clunky that they actually reduced the overall default difficulty of the game to account for the kludgy feel that got thrown into the mix when you removed tactile controls. Earthworm Jim is a perfect example of an early release of “a video game that runs on the iPhone" versus Spider’s “iPhone game" feel.

Regardless, back in 2009, we were all hungry for some sort of accessory that’d allow us to play these incredible games that were available (like Earthworm Jim) which were broken on some level or another because of the implementation of virtual controls. These days though? It’s getting exceedingly rare to see this phenomenon as by and large developers have gotten much better at making games that succeed on the platform instead of just releasing games that happen to run on the devices. 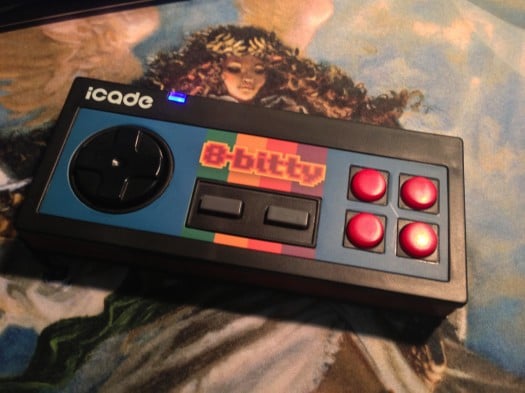 The original iCade was released in early 2011 and we were totally excited for the promise that the peripheral seemed to be making: Plop your iPad in, and all the sudden you’re playing video games like an old retro arcade machine. On some level, the iCade delivered, as it succeeded in making some games feel better at the cost of having the massive iCade cabinet sitting on your desk and being locked out from using the keyboard on your device whenever they were paired together.

The Thinkgeek 8-Bitty attempts to take the proverbial torch from the iCade to continue the marathon of physical controller accessories. It works just like the iCade, in that you drop a few batteries (which aren’t included) into it, flip the switch on, pair it with your iOS device and you’re good to go. Thinkgeek is boasting that the 8-Bitty works with all of the existing iCade games, which is true to some extent, but nearly every game I tried is going to need an update to tweak control mappings as the way they mapped the buttons is just crazy.

The way the original iCade works is by pretending it’s a bluetooth keyboard. For instance, when you moved the joystick up, it’d actually send the keypress “w" and when you moved the joystick back down it’d send the keypress “e". The 8-Bitty works via a similar protocol, using all the same character combinations from the iCade. The problem with this is that developers who have implemented iCade controls have largely used the left-most set of four buttons of the eight available buttons to map primary game functions to. 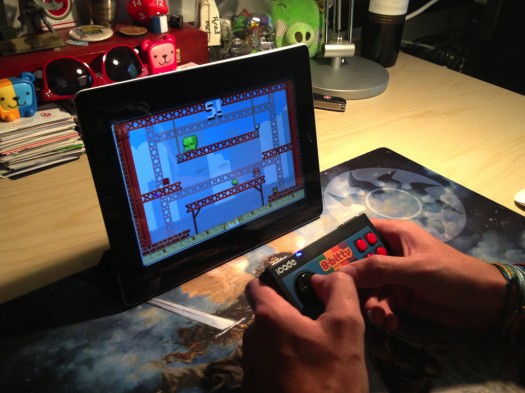 So, for example, playing Super Crate Box (Free) with the 8-Bitty works just as you’d expect, aside from the fact that you need to use the center “select" and “start" buttons to shoot and jump. Sure, an update can fix this, but it didn’t seem like the iCade adoption rates were that high outside of our own forum community (as evident by them being sold for significant clearance prices at Bed Bath and Beyond a few months after release) so it’s really hard to say how much urgency developers are going to feel to “fix" their existing iCade control implementations to work with the 8-Bitty.

The 8-Bitty hardware itself has the same super-square retro feel which also makes the device seem fairly solid even if it’s surprisingly light when you pick it up. It’s small enough that it’d easily be thrown in a bag, and the recessed on/off switch will guarantee no accidental battery drain as it’d really be something if it got turned on unexpectedly. The D-Pad works great, and the buttons all have a good feel to them. The pairing process is simple (holding down the two center buttons for four seconds kicks it into pairing mode) and because it uses the Bluetooth keyboard profile it’ll pair with basically everything including all the iOS devices, Android devices, and even your computer. 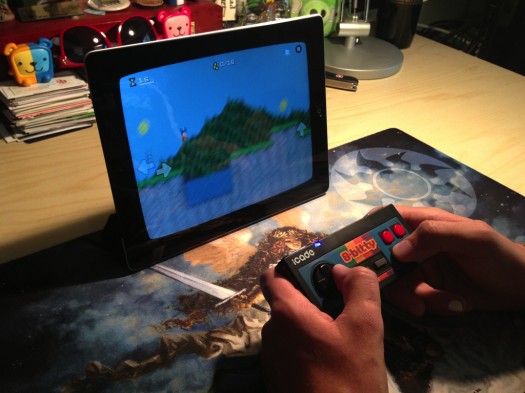 The $29.99 price point definitely makes the 8-Bitty an attractive accessory to pick up, as that’s in line with the price of cases, cables, and car chargers- But the 8-Bitty does a whole lot more. It’s just really hard for me to get excited for these devices now. In 2009, the 8-Bitty would’ve been heralded as the “must have" companion to any iOS device as it’d be an immediate solution to horrible virtual control implementations.

However, this isn’t 2009 anymore, and it seems like games where I find myself thinking “Wow, these on-screen controls are really bad I wish I was playing this with a real controller" are few and far between. As I’ve mentioned, developers by and large have just figured out how to make games for the platform rather than games that merely run on the platform, and in essence, have almost entirely solved the problem that the 8-Bitty tries to fix.

I look forward to watching the progress of 8-Bitty supported games, as the iCade saw a fairly large swell of support from many developers. Who knows, a game might come along that totally makes sense to play with the 8-Bitty. Until then, the device is likely just going to live in my desk drawer with other iOS accessories that seem like good ideas but rarely make the cut when it comes to being thrown in my bag or pocket.

Thanks to @Quarkles for taking these photos!