If you can jog your memory banks back to April of last year, you should recall that developer SoMoGa announced an iOS version of the popular retro RPG Lunar: Silver Star Story, a game that first launched on the Sega CD back in 1993 before hitting the Sega Saturn and PlayStation a few years later in enhanced versions. The following July they released the first screenshots from the iOS version of Lunar: Silver Star Story Touch, with a planned launch before September.

Well, that never happened. In fact, a year after its intended release window and details on Lunar: Silver Star Story Touch have been basically non-existent. Until this morning, when SoMoGa emailed us to let us know that Lunar Touch was heading to the App Store later this week. No specific day is mentioned but we’d imagine it’ll come along with this week’s set of new releases on Wednesday night. 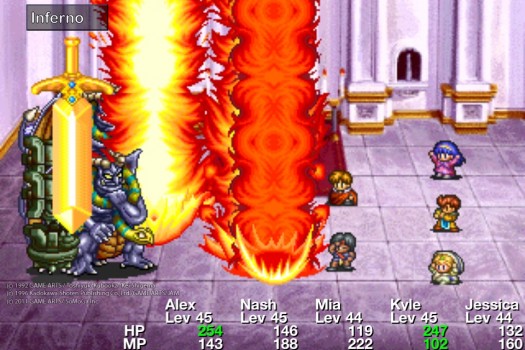 No other new information was given, or can be found on the official website, but if you’ve been patiently waiting for Lunar: Silver Star Story Touch then keep your eyes glued to this space and we’ll let you know when it hits the App Store.