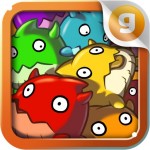 We’ve been keeping an eye on Super Awesome Hyper Dimensional Mega Team’s latest title ever since we caught wind of it back in May. Now that we’ve had a chance to check out Supermagical (Free) (and make sure to watch our TA Plays video as well) it’s safe to say that Super Mega Team has a winner on its hands. With an excellent take on established puzzle gameplay, beautiful visuals and music and a whimsical story to tie it all together, Supermagical is a rare breed of title and a must-play.

Supermagical follows the tale of Nina, the youngest of a group of witches and the only sister not exiled to the underworld for being evil. Unfortunately, after a magical experiment gone awry, Nina unleashes her sisters onto the world, along with Minix, creatures from the underworld that feed on magic. Thus, Nina embarks on a tale to send her sisters back to the underworld and rid the world of Minix. Supermagical’s story is lighthearted, cute and works really well in complementing the rest of the game. It’s rare to find a puzzle game with a bona fide story that makes sense, but with Supermagical it’s certainly a reason to keep going. 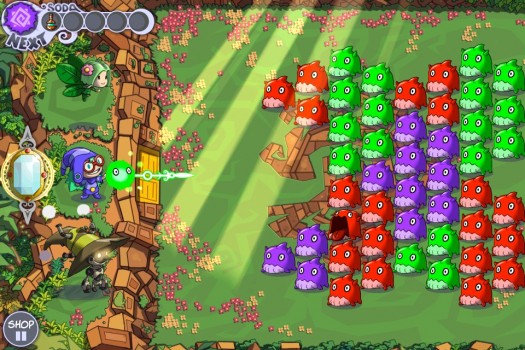 Of course, considering how enjoyable Supermagical is, you’re probably going to keep playing regardless. Taking its cues straight from the likes of Bust-A-Move, gameplay is centered around shooting like-colored Minix at each other in order to make them disappear into the nether. In addition, when you make moves that separate Minix from the rest of the pack, they run away in fear clearing them from the battlefield. Later levels introduce black and white-colored Minix, which can’t be matched and add to the strategy. Finally, Nina can also call upon the power of her warlock companions to take out Minix in a variety of ways.

Meanwhile, Supermagical also employs some light RPG elements throughout the course of the game. Shops at each locale offer items for use in battle as well as ingredients for permanent spells that make the game slightly easier. In addition, you can also purchase hats which can change gameplay attributes, pets to aid in Minix eradication and even power-ups for your warlocks. Unfortunately, most of the “fun" additions require a hefty amount of currency, but levels can be repeated for additional money and most of the supplementals aren’t necessary for beating the game. 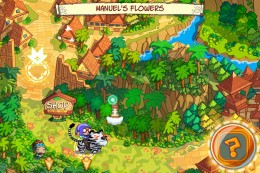 Supermagical does an amazing job incorporating the above elements in a way that makes each new item an integral part of the gameplay. New enemies are introduced slowly while new warlocks get tutorials and a multitude of levels that focus on their powers after discovery. Later levels offer a mix of difficulties and while most obviously have a certain warlock power or strategy in mind for completion, you can brute force many missions with whatever style you wish. Most importantly, Supermagical does all this within a puzzle system that’s extremely approachable while simultaneously offering puzzle aficionados additional goals such as star-based time trials.

Unlike many other similar puzzle titles, Supermagical excels in its presentation and style. Its visuals are very colorful and meticulously detailed. Nina, her sisters, the warlocks — even the Minix feel like they have personalities simply from their representations. Supermagical looks great on all iOS devices, but truly shines on the new iPad with Retina visuals. Supplementing the graphics is Supermagical’s soundtrack, which is absolutely amazing and adds to the game’s immersion (the game recommends using headphones and I highly suggest it). It’s one thing for a game to simply have nice visuals and music, but Supermagical ties them together with the fantasy world that it has weaved, enhancing the experience in ways that most games simply don’t succeed at. 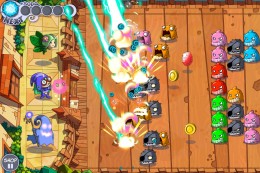 Unfortunately, Supermagical is not without its quirks that hold the game back from perfection. One instance is in regards to its controls, which I thought could be tightened a bit. Players tap and hold on a crystal to aim Minix trajectory while releasing the crystal takes the shot. It would be nice to be able to take a shot with the same trajectory without having to touch the aiming crystal again; too many times I’ve tried to do that and ended up slightly moving it, missing my shot.

Another minor issue lies with the currency model, which can be extreme if you plan on getting all the additional hats and items. Granted, you can certainly grind out currency, but the game doesn’t do a good job explaining that many story-related advancements are contingent on purchasing items. If you blow your cash on a supplemental item, you may find yourself having to replay a lot of levels to earn enough for the story items (or shell out for IAP). Granted, Supermagical’s levels are actually fun to play, so I don’t have too much of an issue with it, but I imagine it could get tiring for some gamers.

Finally, the lack of multiplayer is really the only issue keeping this game from perfection. As we noted in previous posts, cooperative multiplayer was supposed to be part of the package, but it was scrapped in order to get the game out sooner. It will be coming in a future update (along with versus play), but until then single-player is all you have to go by.

Still, these minor issues do little to sully what is otherwise an excellent puzzler. Supermagical looks great, sounds awesome and hits that sought-after balance of approachable gameplay and depth. A decent amount of content also means fans will have plenty to play. If you have even the smallest interest in puzzle titles, hurry up and give it a try.