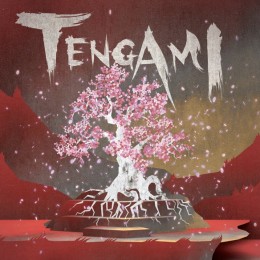 At Gamescom this past week, developer Nyamyam, a four-person team comprised of former Rare employees, was showing off their upcoming iPad adventure game Tengami. Its main theme is that its entire world is made up of a pop-up papercraft book with an authentic ancient Japanese look and feel. You actually interact with the world as if it really was made of paper, uncovering its secrets by pulling tabs and flipping pages.

It’s really unlike anything I’ve ever seen, though I do get a heavy Sword and Sworcery vibe from Tengami with the way you get to interact with and explore such a magical world. It’s really quite breathtaking. Polygon sat down with a member of the development team in the following video to talk about the influences behind Tengami and the difficulty of recreating complex paper worlds digitally. Seriously, you need to see this game in motion.

It doesn’t sound like Tengami has any sort of specific release window, but it will be coming out first for the iPad followed by PC and Mac versions and possibly an iPhone version. As is often the case, the iPhone version will depend on how well the game ends up scaling to the much smaller screen. Regardless, the iPad version of Tengami just cannot come soon enough and we’ll let you know when we get any new details.