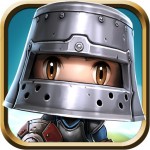 I’m surprised my minions haven’t gone on strike yet. I work them all day, every day. They’re only allowed to take a break when they get violent after having been subjected to a backed up bathroom or a frigid work environment. They have to produce, and produce, and produce without end. They probably cheer when a dragon arrives—sure, a guard or two might die, but at least there’s a little excitement for once.

I feel their pain because I’m not really sure what I’m getting out of this deal. I’m never averse to a grind but Pocket Minions (Free) takes it a little too far. You create new rooms to recruit new minions who produce materials that let you build more rooms and recruit more minions. When you reach an arbitrary number of floors, you start over again. That part’s the kicker. There’s something to seeing how far you can go, but building the same fifteen floors again and again with slight variations? I think I’ll get off this treadmill. 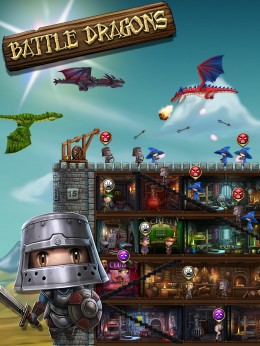 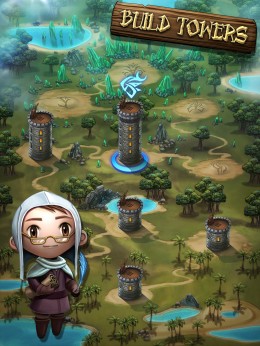 On paper, Pocket Minions ought to work. It’s like Tiny Tower (Free) with a more robust economy. Unlike bitizens, your minions have rudimentary needs and drives of their own. If you neglect them, they’ll rebel. An angry minion or two can throw your whole production line into chaos. Maybe you need food to recruit craftsmen to produce nails to build a new floor to bring in a maid to clean your toilets—but that overflowing toilet has already turned your hunters against you. Then what do you do, smart guy?

I can actually answer that for you: you use some of your pricey dragon crystals to buy the food to… you get the idea. Pocket Minions doesn’t lean heavily on IAP, but it’s there if you need it. Every so often you might play yourself into just that sort of corner and you’ll be happy to have so many crystals. More likely, you’ll resort to them out of frustration. 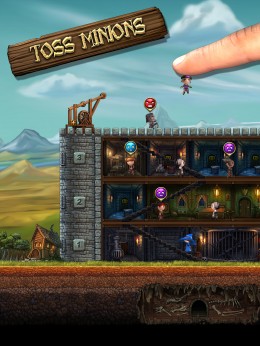 Your minions will produce whatever they’re designed for on a regular schedule, with one item popping up for collection every minute or so. It’s a bit too fast to play as an absentee landlord, checking in every so often to collect the rent. Instead you’re right up in there, tapping each icon as it pops up. At the least, this constant stream of material should guarantee you can make progress pretty steadily, but it doesn’t.

Your minions just aren’t out to make life easy. Look at hunters, for instance. They produce meat, grain and fruit. Those things might pop up fairly evenly, but recruiting certain minions requires an overabundance of fruit. So you’ll wait, and you’ll tap through piles of useless meat and grain by the time you get enough fruit to summon your next craftsman. The balance doesn’t quite work out, making the game seem like it’s actively working against you at the worst of times.

It doesn’t help that the controls often get seriously muddled. I can’t count the number of times I’ve tapped on minion one as he wandered further and further away from minion two, only to have the game stubbornly insist on selecting the second of them over and over. That’s a pesky little problem, but it gets worse. As your tower grows taller you’ll need to drag the screen up and down constantly to view every floor. If you happen to start dragging on a minion you’ll grab them, whip them across your tower, and (if you’re really unlucky), send them to their deaths or to a state of quasi-existence off the edge of the screen.

These things all seem fixable. Controls can be tweaked, balance can be altered, bugs can be resolved. I’m less confident that there’s a solution to be had for the repetition. Each level I finished made it harder and harder to pick up the next and start fresh, with fifteen, twenty, twenty-five identical floors to build. Eventually it ground me down completely.

Every level is the same thing. You start with the most important production rooms. You make sure to build enough furnaces and toilets, and place the necessary stairs. You build floor after floor and produce item after item until you reach whichever arbitrary requirements the game sets. Then you win that level and move on to the next. After a while it just becomes too much.

The folks at SiuYiu Games did fine work on most of the individual pieces that make up Pocket Minions. The music strikes a medieval chord without becoming grating. The rooms are detailed and lovely, the minions adorable. Nonetheless, I can’t recommend it in its current state. It just isn’t very much fun. There needs to be a light at the end of the tunnel, some novelty to reward you for the grind. Otherwise we’re no better than minions, working our fingers to the bone. There are, simply put, better ways to spend your free time.