As we mentioned earlier this month, Team 17 will soon be releasing an iOS conversion of their highly acclaimed, Alien-inspired top-down shooter Alien Breed into the App Store. Originally released in 1991 on the Amiga, the game places you in a multi-levels space station overrun with hideous xenomorphs, on a solo mission to wipe out the alien intruders and, ultimately, survive.

We’re happy to report that Team 17 has provided us with the release version of the iOS title a few weeks before it’s set to go live and I’ve begun putting it through it’s paces. And, while we’ll save a truly in-depth look for our review, which will be published as soon as the game hits the App Store, I can share some initial impressions (and screenshots) with those who’ve been waiting for this one.

The original Alien Breed was followed up by the extremely popular Alien Breed Special Edition ’92, an expanded version of the original that sat on the UK charts for over a year. The new iOS version includes the full original title, the special edition, and a new four-level campaign that, while shorter than the two original scenarios, provides content that’s new to even seasoned veterans of the originals. Additional content is planned for release down the road, as well.

Every level in Alien Breed can be played using the original Amiga graphics, or a newly-drawn set of finely detailed (yet, still nicely dark) Retina visuals. (That’s about 50x the pixels of the original game, in the case of the Retina iPad!) As for controls, the game offers both single-stick virtual controls that strive to approximate those of the Amiga original, as well as a dual-stick mode that adds a bit of a twist to the Alien Breed experience. Those with iCade or compatible controllers will be able to enjoy the best control-scenario the game has to offer. 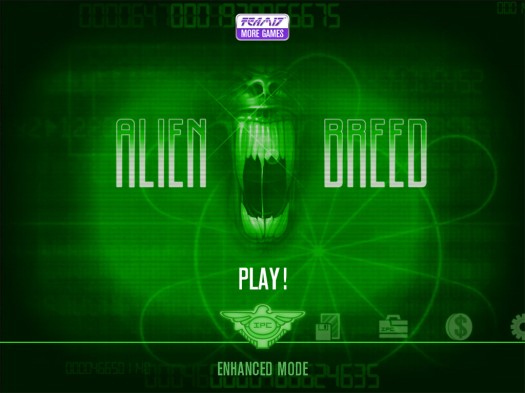 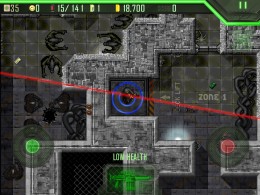 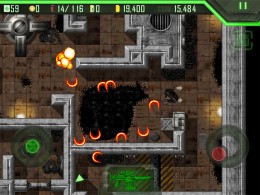 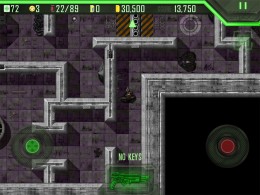 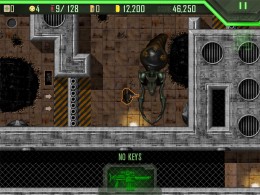 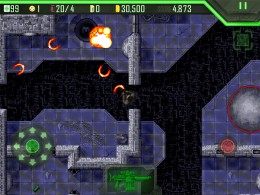 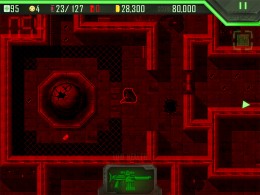 Like the 1991 original, Alien Breed for iOS features a store where in-game currency can be used to purchase new weapons, ammo, and the like. What’s different this time around is that you can buy in-game credits with cash, via IAP. Spending time, recently, with the iOS version (as well as the Amiga originals) has reminded me how easy it is to pick-up in-game currency during normal gameplay, which allays most of the concerns I had going in, hearing of the IAP system would be part of the iOS release.

Stay tuned for our full review of title, but I think it’s safe to say here that fans of the original Amiga classics will not be disappointed. The pleasantly disturbing Alien Breed atmosphere is here. Alien Breed for iOS is a universal title supporting third-generation iOS devices as well as all iPads and is scheduled for an August 2nd release.