Revolutionary Concepts sent over some teaser info on a couple of their upcoming projects that they’ve been working on since the release of the critically acclaimed Gesundheit! ($1.99) into the App Store last year. They’re keeping a lot of the details close to their chest at the moment, but the few bits of information we have gotten have me anxious to see more.

First is a game Revolutionary is calling Kill ‘em All, which is an arcade shooter with a survival horror edge. They’re going for a kind of tension in the game reminiscent of some of the best horror flicks, where it’s not necessarily what you see but rather what you don’t see that is scary. They achieve this by limiting the visibility, using a lot of silhouettes, and sometimes having no graphics at all to force you to use your other senses to anticipate what might be sneaking up to kill you. 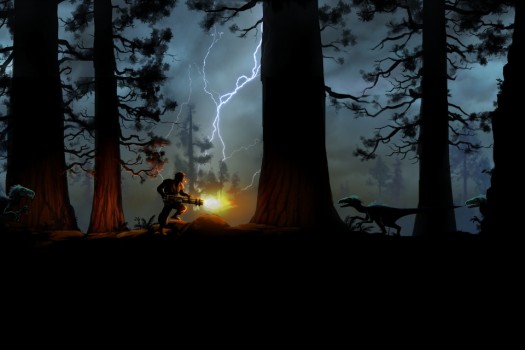 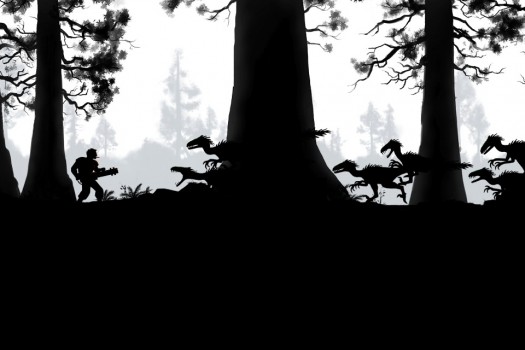 It sounds like sort of a radical idea for a mobile title, but when you consider these are the same guys who brought us the incredibly unique experience that is UFO on Tape (Free), then there’s a lot of potential for them to pull off something special with Kill ‘em All. Also, games like the completely auditory Papa Sangre ($4.99) have proven you don’t need visuals to immerse a player in your game. I’m definitely curious to see how Kill ‘em All pulls it all together when it releases in Q3 of this year. 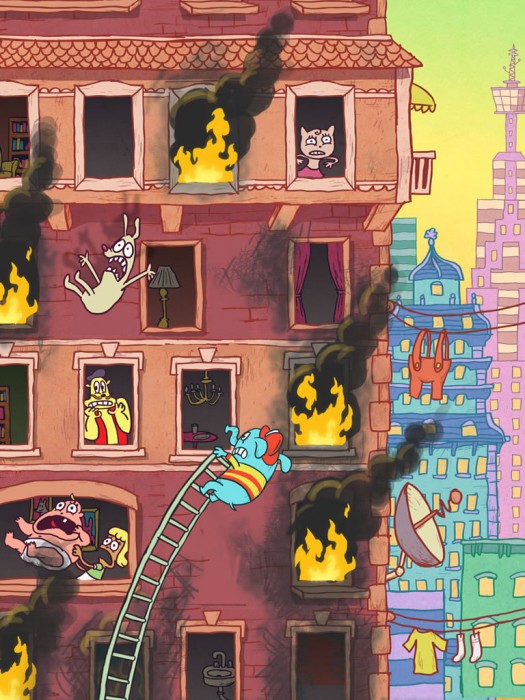 Revolutionary’s other new title looks to be at the completely opposite spectrum than Kill ‘em All, with a much friendlier and casual demeanor. It technically doesn’t have a name at all just yet, but it’s being described as “Ren and Stimpy meets Doodle Jump – on acid.” Since I’m a huge fan of, uh, two of those three things (guess which two), I’m definitely dying to find out just what the heck you do in this as-yet-to-be-named title.

Again, they’re keeping specifics under wraps, but we do know you’ll play an elephant climbing up a towering inferno and you must use your lengthy trunk to rescue babies from the burning windows while simultaneously avoiding a variety of hazardous objects falling from above. The main inspirations for this game were the old Nintendo Game & Watch handhelds of the 80s and the classic Disney animated films of the 1930s.

The project actually began more than a year ago even before Gesundheit!, and like that game they’re again collaborating with the awesome Matt Hammill who will be doing the art in the game as well as established Hollywood composer Alex Khaskin doing the music. It sounds like they’re really shooting for another high-quality production this time around, and we’re excited to see what the gameplay is like as well as what the heck the name is going to be as this mysterious new game moves towards its target release of Q4 this year.