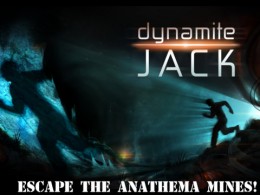 I have to admit, I’m a little cold on the Galcon family of games, the ones that put developer Phil Hassey on the iOS map. The Risk-in-space thing doesn’t do much for me. Dynamite Jack ($4.99), on the other hand, has knocked my proverbial socks off. Like stealth? Like explosions? You’re going to love Dynamite Jack.

Part stealth-action and part puzzle, Dynamite Jack asks that you use both your head and your reflexes to survive. Each top-down level is guaranteed to have two things: Jack and an exit. Between those two things are guards, locks, energy barriers, traps and a whole lot more. All you have to help you through is a humble flashlight and an endless supply of explosives, and sometimes you won’t even have that.

Bombs aren’t the most obvious tool to use in infiltration. If I were going to sneak into a secret facility, steal its data and resources and aim to get out alive, I’d probably go for something a little subtler. Something with a silencer. But given the rather limited scope of the AI that’s working against you here, bombs are pretty much perfect. They’re tools for demolition, for violence, and for distraction. Of course, they can also get you killed in no time flat. 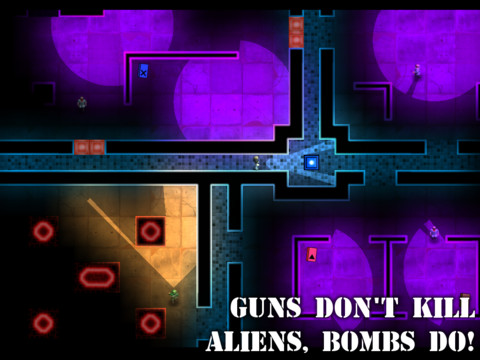 To blow something up you tap the bomb button when you’re in position, back away, and hit the button again to detonate. Any nearby guards will come running, shining their flashlights around and clearing the area. They’re not the brightest guards, though, so you just need to hide outside their lines of sight. If you’re not in their flashlight range, they can’t see (or shoot) you, and they won’t look for you beyond their programmed paths. This is true of the other enemy types as well. Each type has its own scripted routine that reacts to sight, light or sound.

Hassey has taken an interesting approach to translating the controls from the desktop version of Dynamite Jack to the iPad port. He’s pretty much given us everything. There’s a line-drawing option, which I found a little too rigid for the action required. But there’s also a highly responsive virtual joystick which can be fixed or freely placed on the left or right of the screen. Then there are the bomb and flashlight controls, which are found on buttons that can be in the middle or bottom of either the left or right sides of the screen. It may seem a bit overwhelming at first, with everything on screen at once and tips popping up constantly, so you might want to hit the options to whittle things down just as soon as you decide what you’re comfortable with. 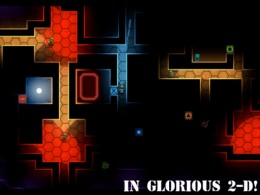 As you wander through Dynamite Jack’s levels, you have a list of goals to aim for. Foremost is the exit, and learning how to reach it. You might need to collect keycards while dodging enemy paths and bomb your way through a few walls. You may need to take out energy barriers and kill a few guards. Getting to the goal just scratches the surface, though—each level has a lot more to work toward.

First up, you ought to aim to finish each level as quickly as possible, and do so without getting yourself killed. Then there are the data chips or crystals to collect; getting all of them is always a good idea. Those things might also be tracked as one or two of a level’s three sub-goals, which also include things like running through without bombs or flashlights, or reaching the exit without killing anyone. Oh, and you’ll need to earn all the extra goals in one go. Consider that hardcore mode; it ratchets up the tension and difficulty like mad, and it can take the game from satisfying to ludicrously fun.

To rank well on the leaderboards you need to survive, get a good time and earn all three extra goals. Since the leaderboard ranks players across multiple platforms and tracks all three criteria at once, it isn’t handled through Game Center. If that’s a problem, there are still 13 right proper Game Center achievements to hunt down.

Dynamite Jack comes a hefty amount of built in content, more than enough to warp your brain for hours. Even more exciting is the inclusion of all the user-created content from the desktop version. There are a ton of levels to play through, all sorted and rated for your convenience. You can add to that library, too, since the full level editor is also included. This, my friends, is how you port a game, without half-measures or promises that the rest is yet to come.

I just can’t recommend Dynamite Jack enough. It isn’t the prettiest game on the platform, but it’s a shining example of a port done right. As for the game itself, its puzzles are well worth playing. A true stealth game would have smarter AI, but this isn’t a true stealth game. It’s a stealthy puzzle game with explosions, and it’s a brilliant one at that. If you don’t have an iPad, do yourself a favor and check it out on desktop. And either way, report back to our discussion thread to share your thoughts, levels and strategies.