At WWDC in San Francisco this afternoon, Capital J Media showed us its upcoming update to Battle Fleet, and gave us a sneak peek at its next project, which looks to be a sort of deliciously weird marriage of Monopoly to sci-fi space strategy.

The update to Battle Fleet [$4.99], which is do within the next two months, is a visual overhaul for users with iPad 2s and new iPads. In it, flowing water replaces the old 2D grids, new damage models are introduced, and the old UI is tossed in favor of slicker elements.

The space simulation is called Spaceopoly, appropriately. Pitched to us as a MMO, users will be tasked with building up planets, and an empire, by gobbling up all the planets that they can system by system. We’re using the word “MMO" loosely here, as each server and system will hold just 50-100 people.

We’ve got the first image of the game just below, and as you can see, it’ll be a pretty UI heavy strategy affair. J Media talked to us about its desire to really bring the board game kind of feel to the core mechanics, and we’re down for that. 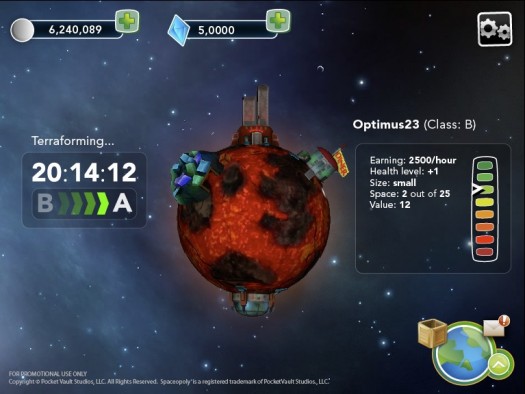 Spaceopoly is expected to release at some point within the next three months.