In a genre as cluttered as the endless runner, it’s becoming increasingly important that studios innovate. Onkaworks‘ 2D runner Canyon Rush has some rather derivative elements, but it’s plane-switching hook might give it some separation from the pack.

We saw a live demo of the game at WWDC this afternoon, and got a chance to go hands-on with it. Snappy enough, it’s a competent runner that introduces three different planes that you can switch between LittleBigPlanet style as you avoid wildlife-themed hazards and collect coins. For whatever reason, at random times, your avatar will gain access to a jetpack, and he’ll take to the air for major coin gathering opportunities. Image of that below: 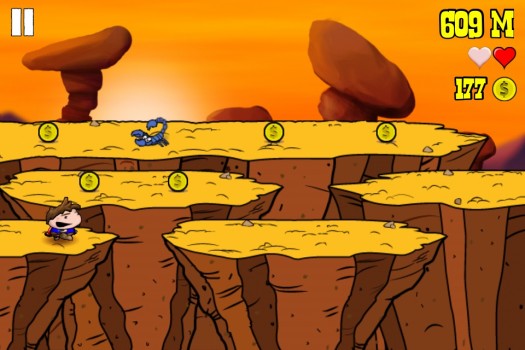 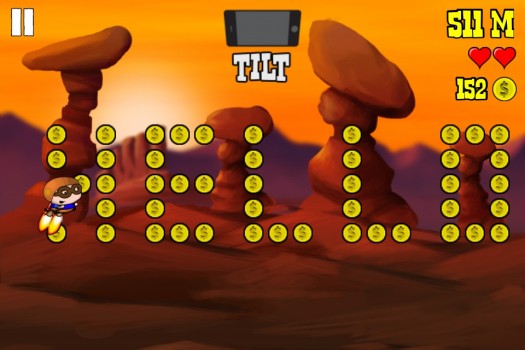 It’ll launch free-to-play, so expect the usual assortment of paid power-ups and whatnot. As for that release date, it’s still up in the air.