London-based design studio ustwo created a heck of a game in Whale Trail, but it’s failing as a commercial entity. It’ll never hit the App Store top 10. The face of its bubbly and wide-eyed mascot, Willow, will never grace products like panties or fruit snacks. And at its current pace, it’ll be awhile before it generates a decent profit.

The studio has huge expectations that aren’t being met, and just based on trends, it’s clear that Whale Trail will continue not meeting them. It’s a failure in this life. But will it be one in its next? Again, ustwo is spending money on Whale Trail, giving it a second wind via creative mouth-to-mouth. It’s retooling and redesigning the oddball flying game as a free-to-play title in a high-bandwidth effort to attract the casual audience that the original version failed to reach, but managed to brush.

The hope is that this model, alongside some fresh content, will finally put the game over the top and onto hundreds of thousands, if not millions, of phones and tablets across the world. It’s a crazy plan. Crazy, however, is kinda its project lead’s thing.

On Conversion, Failure, And Journeys 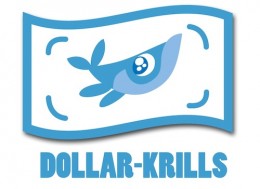 I’ve been speaking with ustwo co-founder Mills about the upcoming transformation. Mills is like a bizarro Clint Eastwood. In the face of adversity he has the same grit and air of determination, but instead of a cowboy hat and a killer squint Mills rocks a long, flowing red wig and eyeglasses with thick, black frames. When he talks to you, even via e-mail, you feel his warmth, energy, and passion. He’s funny, too, and you see a lot of his brand of humor in his game. As we talk, he refuses to call the original Whale Trail a failure despite being able to produce evidence indicating as much. Instead, he calls it a “succailure" and the process of making it a F2P title a “journey."

“Whale Trail was our first proper game release," Mills tells TouchArcade. “Full heart, full passion. The launch was a success for our studio, showering loads of eyeballs on us but something didn’t quite click. Although we were hitting 12,000 downloads a day at launch, it tailed off pretty quick."

In fact, Whale Trail has just hit over 188,000 total sales, and it shifts around 250 units a day across Android and iPhone and iPad. These kind of numbers would be enough for a lot of studios, but ustwo spent oodles of cash on the game. It needed Whale Trail to be up there with the Angry Birds and Fruit Ninjas and the Cut the Ropes of the world.

How those titles manage to stay up top is a matter of debate. Mills doesn’t believe that featuring, reviews, or exposure brings in new downloads. He thinks that word of mouth is now driving sales. As evidence, he notes that the game’s trailers still get around 500 new views a day and the music video for the theme used in the game drives interest, too. Riding on a wave of featuring, however, Whale Trail managed to light up the charts for a short period. Mills shot us the following handy chart, for those of you into the numbers: 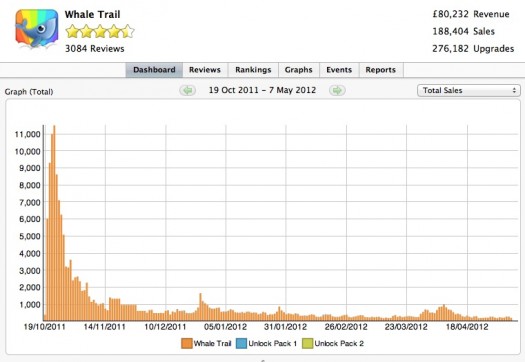 Learning about why the game didn’t keep selling at its initial, breakneck pace is an important component of its upcoming transformation. Mills is soaking up everything he can. He frequently frames this entire ordeal as a learning experience.

“We went back to the drawing board and dove deep into the blue waters to understand why Whale Trail wasn’t quite able to take off. We had made a wonderful experience but there wasn’t enough ‘replay’ value in the current game. The new challenge levels added in iteration release two and three helped, but we needed more. Much more," he adds.

The new version of the game is, indeed, functionally different. As you collect bubbles and travel, you’ll collect an in-game currency called Krill. With Krill, you can buy new powers, “useable treats," costumes for Willow and its five new playable friends. If you want this stuff without the grind, you can buy Krill straight-up.

“The game is so much better. Players are now in full control of their destiny and each play rewards them. This was missing before," he says.

If you’ve already purchased Whale Trail, Mills says you’ll receive a “BIG" bag of Krill when you update to the new version. Additionally, you’ll receive a message designed to make you feel “special." Mills worries about how the current install base is going to react to this massive change, since the regular version will essentially die after this update. Perhaps that’s why this message to fans will be “like finding a bag of money in your house that you can use to pimp it right up 50 style" or “like finding a bag of candy that is so sweet, yet so sticky." 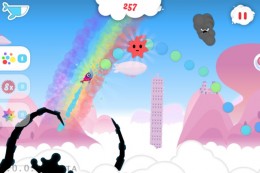 When I bring up failure, Mills says I have a point, but he describes the experience so far as a “journey." His studio has had opportunities to sell off the IP or actually make money, but ustwo as a whole is more interested in learning at this point.

“You can look at it as a failure, but I see it as journey," Mills says. “Each iteration of Whale Trail has created a new buzz and has engaged the players more. It’s been a big lesson for me especially in regards to releasing something I wanted and releasing something that the majority of players want. We were very successful at creating buzz, we were very open about the whole experience and the story of Whale Trail will now be told via Penguin," he tells us. He means the publishing company, not an actual penguin.

“We had two Whale Trail acquisition offers for the game as it currently stands now, but we were not interested in money. We were interested in better understanding what we could do to make the game better. I couldn’t walk away from it now, knowing it was not the game we wanted it to be. The game we have since built and are testing now with players is the game we should have released back then but didn’t realize it at the time." 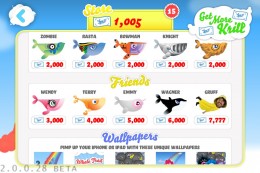 Even though the Whale Trail flopped, Mills notes some positives. It gave his studio new business opportunities, a higher-profile in the development community, and a lot of good will. These things, however, aren’t going to make new Whale Trail sail. A balance of IAP and fun mechanics are the only thing that’ll save it.

“I want to know more about free-to-play," Mills says. “We are not being aggressive with the monetization potential. Players need never spend, but the joy they feel should allow the game to be pretty viral. We get a small social virility through Twitter right now, but the potential at the higher numbers is unreal. I guess the plan is for Willow to find some real Whales!"

We’ll have to see if the new version of Whale Trail hits the heights that Mills thinks it can reach. Regardless if it does or not, it’s going to be hard to call this iteration a failure. To Mills, success is all about what you do as you try to succeed.

“We didn’t set out to make something generic. Success is about crafting something you believe in and telling that story, granted it may never be a smash hit as the very concept of a little fat flying whale called Willow who lives in a psychedelic land is too far out for many to stomach, but we made something we are so proud of."

We’ll have hands-on impressions in the near future.