It’s a Thursday on the App Store which is as just as good of a reason as any to set your games’ prices to free if you’re an iOS developer, or, at least, so it would seem. It sort of goes without saying, but due to the volatile nature of pricing on the App Store, you better grab these games now if you’re interested in them. Few things are more annoying in the world of iOS gaming than missing a killer freebie. 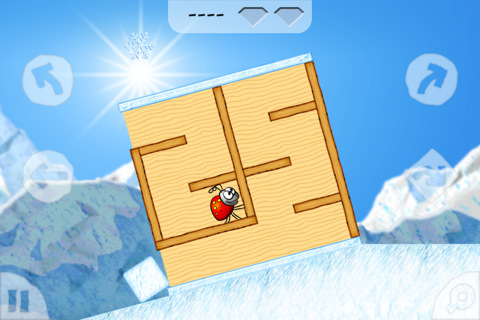 Get your downloading finger ready:

Beyond Ynth, $1.99 - [Review] – [Forum Thread] – An absolutely fantastic puzzle game where you play as a little ladybug doing your best to survive each level, often by rotating curiously sectioned off boxes. Do not miss this game while it’s free. If you want to give it a go on your iPad, there’s Beyond Ynth HD ($2.99), too.

Braveheart, $2.99 - [Forum Thread] – You probably have a lot of games on your iPhone, but how many of those games have you searching for the Holy Grail? (Not many, I’d guess.) You’ll hack and slash your way through all sorts of normal monsters, boss monsters, and other monsters. If you’re looking for the iPad version, Braveheart HD ($2.99) is what you seek.

Escape The Ape, $0.99 – [Review] – [Forum Thread] – This jumping game puts you to the task of drawing lines to create trampolines for JoJo the monkey to bounce on. While it looks simple, gameplay is deceptively deep especially when you start reaching higher altitudes and need to work harder to collect power ups.

Fish Tycoon, $0.99 – [Forum Thread] – I’m including this game in the list because these dumb Tycoon games are responsible for soaking up countless hours of my time, going all the way back to my Palm Treo 650 days. Or, before that, now that I think about it. …And now, fair reader, I place this curse upon you.

Highway Rider, Free – [Forum Thread] – Have you ever been sitting in traffic when some dude on a motorcycle recklessly lane splits you at what seems like a million miles an hour? Well, in Highway Rider, you can be that jerk. The point system even encourages it, in fact.

Swordigo, Free – [Review] – [Forum Thread] – A side scrolling action RPG that is just fantastic. Imagine if you took something like Zelda II and released it in 2012, that’d be Swordigo. Download it. Play it. Love it. Trust me.

Trigonon, $0.99 – [Forum Thread] – The gimmick of this puzzle game is that it takes place in the factory of your mind. Your thoughts are represented by steel spheres, and you’ve got to get them out. Seems reasonable, and looks cool.

Vermes on Mars, $0.99 – [Review] – [Forum Thread] – An interesting shooter where you control a small squad of robots (which are all upgradeable). You position them, and tap to target. It takes place on Mars, and your enemies are worms. The control scheme is worth giving this game a try.