A couple of months back, Tiger Style Games released Waking Mars (Free), the follow-up to our 2009 Game of the Year Spider: The Secret of Bryce Manor (Free), and we thought it was an incredibly unique and enjoyable experience in our review. About a month ago, Waking Mars was updated for the new iPad’s Retina Display, and we noted that the visual improvement really had a big impact on a game that is so much about creating a moody atmosphere.

But wow, as good as we thought the game looked after that last update it turned out to be just a partial Retina update and just a taste of what was to come. Today Tiger Style has released another new update which adds full Retina Display support for Waking Mars in addition to a set of new jetpack types for your character to zip around Martian caves with. Check out this screen from the new iPad, which Tiger Style has cropped in close in order to show off how much detail you can see. 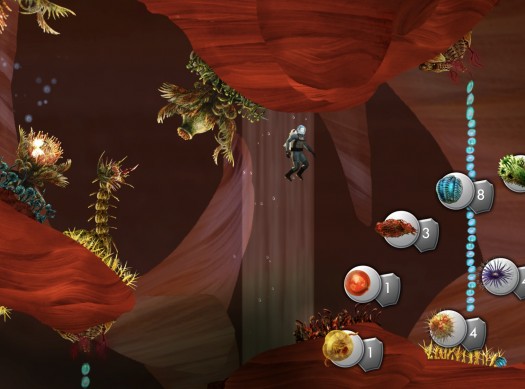 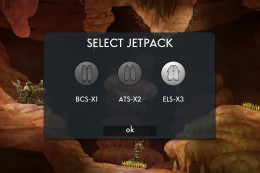 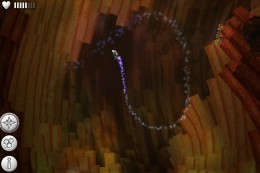 In a blog post detailing this latest update, which is called the May Day Update by the way, Tiger Style notes that the iPad’s beefy hardware generates the 3.1 million onscreen pixels at 60 frames per second, and that all of their artwork had been drawn at an incredibly large scale to begin with so adding support for the new iPad resolution wasn’t terribly difficult. Screens don’t really do it justice though, you have to see Waking Mars running on a new iPad in person to fully appreciate just how gorgeous it is.

In addition to the update for Waking Mars, Tiger Style has also updated the iPad version of Spider with partial Retina Display support. Only select assets have been upgraded, but Spider is still one of the most beautiful games around. Also, all 3 of Tiger Style’s games are currently on sale for a limited time. Waking Mars is down to $2.99 from $4.99 in its first ever sale, and both the iPhone and iPad versions of Spider are just 99¢ each. Finally, you can grab the excellent soundtrack to Waking Mars for just a buck on its Bandcamp page, down from $5.