An iPad and iPhone game has jumped to PC, while a PC game is still set for a release on iPad. Earlier this week, Capybara’s experiential adventure game, Sword & Sworcery landed on Steam, while the dudes behind Legend of Grimrock [$14.99, Steam] continued to pound away at the long-awaited iPad version of the dark, atmospheric, and classic-style RPG.

Sword & Sworcery is currently $5.99 as part of a launch promotion that ends April 23. It’s a straight-up port so it doesn’t rock any new content, but it certainly looks prettier on our monitors than on our iPads. 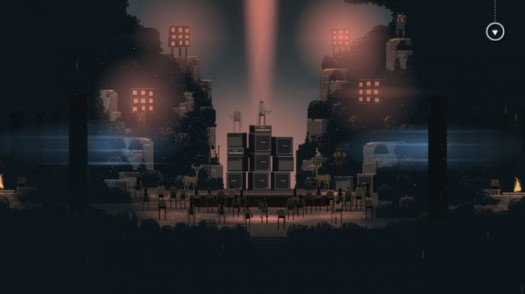 The last time we covered Legend of Grimrock, developer Almost Human was thinking it had a chance of putting the game out to iPad by the end of 2011. Obviously, that didn’t pan out, but an iPad version is still very much in the works. An “iOS version is in the plans," the developer wrote via its Twitter account the other afternoon. We’ve contacted Almost Human for a, uh, more specific answer.

Years ago, we wouldn’t have even thought this kind of movement was possible. Phone games were just… phone games. It’s incredible that these mobile experiences are becoming so much more than just time-wasters in such a short period of time. Wonder what kind of movement we’ll see within the next three-to-four years?