It was just last week that we were getting excited for Descend, a classic first-person grid-based RPG that is coming to iOS soon. Now, this week, we’ve come across another upcoming RPG of the same style. It’s called Legend of Grimrock and it’s from a new development studio called Almost Human Ltd. Also, it looks simply stunning. Check the following gameplay video which, while from the PC version of the game, should give you an idea of what the game will look like in action on iOS.

While development of Legend of Grimrock seems to stem from the same sort of passion as Descend, like both claiming to be heavily influenced by the classic Dungeon Master, there will be a couple of key differences between the two. Legend of Grimrock will feature real-time combat as opposed to the turn-based combat of Descend. Also, it will feature an auto-mapping ability to keep track of where you’ve been, whereas there are no plans for any sort of mapping in Descend at this time.

Here are a few screens of the iPad version of the game (click to enlarge): 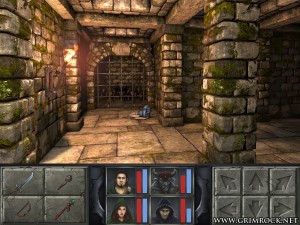 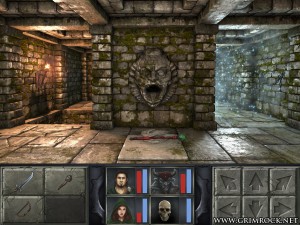 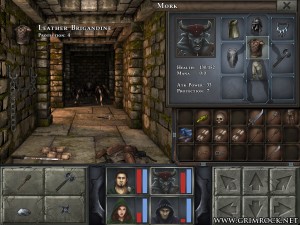 Personally, I’m excited to see two completely brand new takes on a classic genre, and am happy that there will be things to differentiate them from each other. I really can’t wait for Legend of Grimrock or Descend, to be honest. The developers of Legend of Grimrock are shooting to release the game before the end of 2011, but being that they are a team of just 4 individuals, this could of course change. We’ll remain hopeful they hit that release window though, and we will bring you any more news as we get it. Until then you can check out the discussion thread in our forums where anticipation for Legend of Grimrock is brewing.