We told you back in February that the newly-formed development studio Ninth Ninja in connection with Pom Pom Games was busy porting the popular PC title Mutant Storm to the iOS platform. Mutant Storm, in case you didn’t know, is a Robotron-esque arcade shooter that originally released for PC and Mac but is probably more widely known for its enhanced re-release as an Xbox Live Arcade title back in 2005 under the name Mutant Storm Reloaded.

While Mutant Storm coming to the App Store is exciting enough in and of itself, yesterday we learned via Twitter that Crescent Moon Games has jumped on board to publish the title. Also revealed is that Mutant Storm is running at 60 frames per second on the new iPad, and digging into the game’s forum thread developer Ninth Ninja goes into even more detail stating that it runs at 60fps on the iPad 2 and a respectable 30fps on the original iPad. 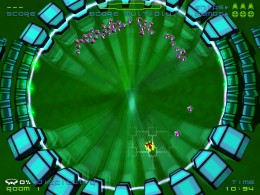 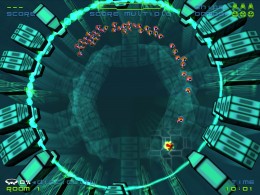 Mutant Storm for iOS is in the final stages of development, so it shouldn’t be much longer before the final version hits. Hit up the forums for some discussion and keep your eyes on this space for any more news related to the impending release of Mutant Storm on the App Store.