Since getting the new iPad last Friday, I’ve been having a blast playing through the games that have been updated to take advantage of the beautiful new screen. Of course, gameplay reigns king when it comes to any game, but the visuals are important too, and it’s pretty crazy just how much a big bump up in the graphics department can add to a gaming experience.

So far, my favorite example of this has been Zen Bound 2 Universal [99¢], which was just updated with Retina iPad visuals. In early 2009, the original Zen Bound was a technical showpiece for the iPhone in terms of its striking visuals as well as its incredible use of multi-touch. Right off the bat, the sequel followed in these same steps by being a launch title for the original iPad back in April 2010, and a few months later for harnessing the power of the iPhone 4’s gorgeous new Retina Display and Gyroscope capabilities. 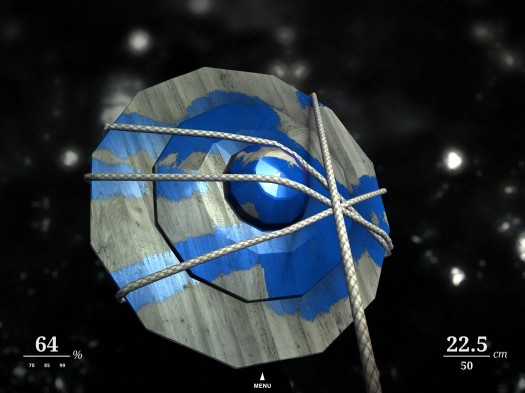 And here we are again, not even a week into the launch of the long-awaited Retina Display iPad and Zen Bound 2 Universal is again a stunning showpiece of the new technology. The high resolution textures and fancy lighting effects combine to create remarkably realistic in-game models. If there was such thing as an uncanny valley for tiny carved sculptures, this would be it. Everything runs at a silky smooth framerate too, further making the visuals feel like they just pop right off of the screen.

The enhanced visuals have got me hooked on Zen Bound 2 all over again, just as I was when it first released, and if you haven’t checked out the game previously now would be an excellent time if you’re an owner of the new iPad. It’s a perfect game to show off the screen of the new device to people, and the unique multi-touch gameplay is just as impressive as ever, too. 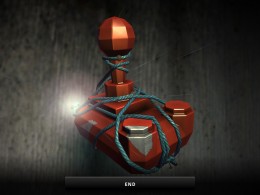 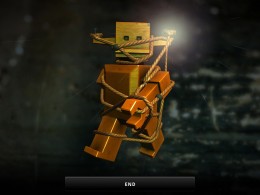 With its slow-paced, meticulous gameplay Zen Bound 2 isn’t for everybody. But if you’re intrigued by the look of it and want something to show off your new iPad then it’s totally worth its current sale price of 99¢. The bonus is that if Zen Bound 2 is your cup of tea, it comes equipped with more than 100 puzzles to work through that can very easily eat up your free time if you aren’t careful, made all the better with the gorgeous new Retina Display iPad visuals.