As you can hear on our special GDC edition of The TouchArcade Show this week, Ravensword 2 from Crescent Moon Games was the one game out of the dozens that I saw this week that blew me away the most. The original Ravensword redefined what one could expect from a 3D action RPG on the iOS platform back in 2009, and the sequel feels incredibly similar to the first but is bigger and better in every way. The most immediately noticeable improvement in Ravensword 2 is its absolutely fantastic visuals, which you can see in the screens below. 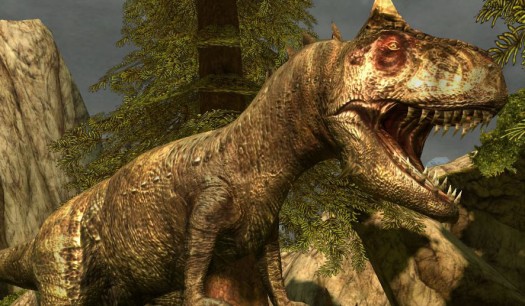 One thing you can see is that there are now dinosaur-like beasts roaming the lands of Ravensword 2, and in my brief demo these bad boys offered up some visceral combat experiences. Other more typical enemies, like a troll, have been redesigned and look totally fearsome. The world itself is also highly detailed and teeming with life, and as I can’t seem to quit saying, everything looks gorgeous. There’s still a lot of work to be done in Ravensword 2, but if everything goes according to plan we should be seeing it hit the App Store in mid-2012 or so.