Music games that use your own songs and then procedurally generate content based on the tones, beats, and melody aren’t new. We see a few promising ones every year, but that’s kind of the thing: they helplessly remain promising. In large part, this is because the procedural part of these titles, in motion, can feel cobbled together. You can almost see these games’ logic piecing together the experience.

Wicked Games‘ InSong might fix this. It’ll use your own music, but it also touches base with a database of over 30 million songs. With this, Wicked will get some measure of control over parts of the experience. With the visuals, for instance, the game will wrap in album art, as well as present interesting tonal elements, to the background as you play. 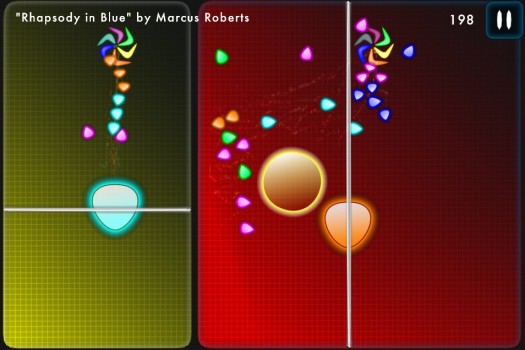 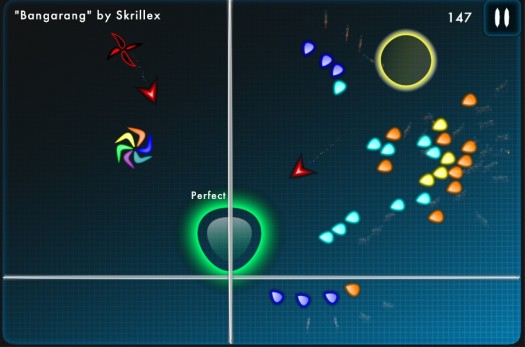 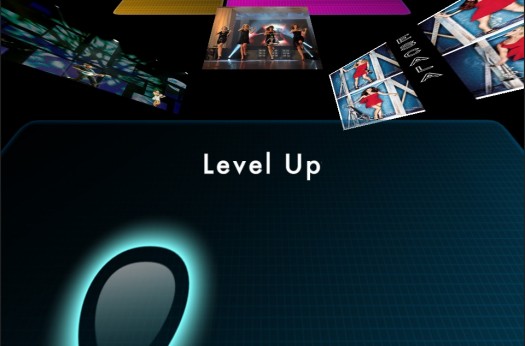 In the game, you’ll be charged with playing alongside the beat of songs by tapping and dragging virtual guitar picks. The more beats, the more lines you’ll need to keep track of and strum along with. As the music plays, little blips and blobs spawn in the grid-based tonally themed playing area. Collect these and you’ll gain points. If you screw up the beat or run into a red “enemy" blob, you’ll lose any combos you’ve built up and the quality of the song suffers, too.

The database idea in particular strikes us as cool — video games rock because they’re curated experiences. Most procedural games never feel up to snuff. If this database can pull everything together in a cohesive way, this might be something to check out.

We’ll have more in the future. InSong is currently slated to launch during PAX East.