We don’t talk about Nintendo much. The publisher does its best to pretend that the App Store doesn’t exist. On the rare occasions when it does acknowledge the existence of iPod Touches and iPhones, it’s just either to (a) re-state that it isn’t interested in moving into the mobile space or (b) take a shot at the App Store’s pricing model.

On the other hand, you can’t have a conversation about an unofficial Pokemon app without at least referencing the company. On Friday, a clone of Pokemon Yellow hit the App Store, and even though it doesn’t work at all, people have been scrambling over the thousand or so one-star reviews in order to give it a spin. It’s the number three paid app, in fact. 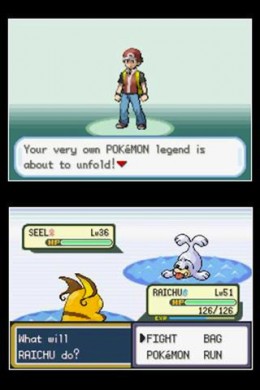 Undoubtedly, most people downloading this know that this game isn’t official. But, this isn’t stopping them from giving it a spin. Bigger picture, this is a great example of how many consumers want Nintendo games on their phones, and how they’ll try to get it anyway they can. Usually, we talk about this in the context of people going nuts over a highly derivative title, like a 2D platformer with plumbers and squishy monsters. This scenario is different.

To be clear, Pokemon Yellow is beating out Angry Birds, Fruit Ninja, Cut the Rope, and the world’s latest darling, Clear. Money is being made here, and it’s the significant variety. Oh, how we wish this could be used to lure the Big N to the Store. We wish we could just scream, “Hey, guys, look at this, you could be making this instead of some guy who couldn’t even release a clone correctly! Let’s do this!"

That’s dreaming crazy dreams. This won’t persuade it to join mobile. It’s too married to hardware, too convinced that continuing to release new platforms and supporting them with the Zelda, Pokemon, and Mario are the only way to be profitable. It’s a bummer, really.

Nintendo or the Pokemon Company doesn’t seem to be too concerned with pulling Pokemon apps, by the way. There are more than a handful on the store, all unsanctioned, and from what we can tell, unchanged since their initial appearances. The chart positioning is ultimately going to get Apple’s attention, however. We expect Pokemon Yellow to disappear within hours of this posting.

We gave this a download, and can happily report that it crashes out immediately after its splash screen crops up. Users in its reviews have reported that it crashes on every device under the sun, so please don’t even try this out.

We actually wouldn’t be too surprised to learn if the game’s code even had anything to it beyond that splash screen and a buggy bit of UI. It makes more sense, if you know that you’re going to get your app pulled, to spend as little time as possible on it. Why bother with more than a splash screen?

We’ll keep our eyes on Pokemon Yellow and the game’s developer, who has a blog right here and has a history of publishing broken apps pitched as clones, as evidenced by its publisher page on iTunes.

Again, though, don’t download this, or hey, even the other Pokemon app that cropped up recently. These people are preying on you, and when you download these blindly or in some silly hope that they’ll magically work, they win.