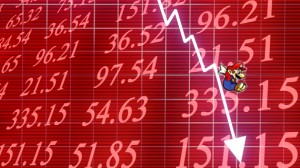 A couple of weeks ago, Bloomberg reported that Nintendo investors wanted the company to embrace mobile development on the heels of a huge Nintendo 3DS price cut spurred by sagging sales and shares. Since then, the publisher has had to quadruple-down on the “we won’t develop phone games; we like boxed goods and hardware” talk, but that hasn’t stopped people from asking “what if” anyway.

In the most recent answer to this exceedingly boring question, Nintendo CEO Satoru Iwata said straight-up that Nintendo would lose its identity if it went mobile. Also, developing phone games is not a thing that it’s willing to do. Interestingly, he did admit that packaged goods might not hold the same sway forever — but that doesn’t mean the company is going to change what it does.

“This is absolutely not under consideration," Iwata told Nikkei, according to a translation by Andria Sang. “If we did this, Nintendo would cease to be Nintendo. Having a hardware development team in-house is a major strength. It’s the duty of management to make use of those strengths.”

“It’s probably the correct decision in the sense that the moment we started to release games on smartphones we’d make profits. However, I believe my responsibility is not to short term profits, but to Nintendo’s mid and long term competitive strength,” he said.

It appears obvious from our perch that digital will eventually replace traditional game goods, but like Iwata, I’m not sold that the end of what we know now is so nigh. I guess the big takeaway here with Iwata’s latest comments is, yeah, Nintendo will continue to do what it does best, but it’s also aware that, at some point way down the line, packaged goods might dip. The thing is, the company likely won’t budge anytime soon.