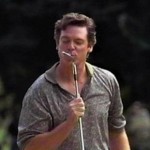 One of the strongest genres on the App Store is the arcade shoot ‘em up, as it’s well suited to the portrait orientation of iOS devices and – as long as they’re done right – the touch screen controls can offer more precision and finesse than even traditional physical controls. It’s no surprise there are a ton of shooters on iOS, and more than a fair share of excellent ones. This week saw a few tidbits of news for several shooters, nicely collected here by yours truly.

Shogun: Bullet Hell Shooter, $1.99 - A couple of weeks back, we reviewed Shogun from developer Int13 and found it to be an excellent modern bullet hell shooter with insanely good graphics and challenging gameplay. Shogun received an update this week adding some minor but welcome changes. You can now adjust the control deadzone to your liking, and there’s an option for showing the exact hitbox on your ship so you know just where not to take fire.

One of the coolest features in Shogun was how it slowed down bullet-time style when you lifted your finger off the screen so that you could change weapons or activate powerups. If you weren’t feeling this, though, you can now choose to display those options as static buttons on the edge of either side of the screen. Finally, there are additional audio settings and several bug fixes. Be on the lookout for the next update too, as Int13 hints that it will contain new modes and goodies.

Phoenix HD, Free - Phoenix is another indie bullet hell shooter that came out in late 2010. We liked this one a lot too due to its randomly generated endless design and a dynamic difficulty that adjusted to how well you played the game. An update last August gave Phoenix HD visuals, improving the already great experience.

This week Phoenix received its latest update, and gained a new enemy ship called the Brute, which is large but agile and packs a split-shot weapon, and a new lightning Alpha Strike. The less exciting bits in this update include improved menu interfaces, separate toggles for music and sound effects, Chinese translation, and various other tweaks and fixes.

Wonton 51, Free - Wonton 51 came out last October, and as much as I wanted to love it due to its completely crazy and humorous style, the controls were just too awkward to be enjoyable. It required moving with one hand and firing by touching enemies using your other. It made for some pretty distracting screen blockage, which isn’t good in a game based around not crashing your giant mech into oncoming buildings.

Later on, an autofire option was included making the game much more approachable. This week another update has hit which adds a boss rush mode and a shooting-only mode where you don’t need to worry about dodging buildings. Each mode is available as a 99¢ IAP, but right now the initial download of Wonton 51 is completely free. The original mode is more than enough fun on its own, and at the very least you should download it just to experience its offbeat humor.

If you generally like Cave’s brand of bullet hell shooter, then you should have no problem liking Dodonpachi Blissful Death. It’s one of the more simple Cave shooters out there, but does not lack in action or entertainment. As long as Cave keeps pumping out their excellent library of shooters to iOS, I will gladly keep buying and enjoying them.