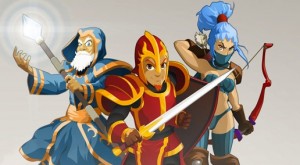 Red Zebra Game’s Raid Leader reminds me a lot of Mika Mobile’s Battleheart [$2.99]. Like that game, it’s a real-time strategy RPG hybrid that seamlessly blends these two styles of play into a series of trying instance-based conflicts. Where the two depart the most dramatically is in the name: raid.

In Raid Leader, you’ll be taking a knight, a mage, and an archer, against a variety of damage-eating, MMO-like bosses that all appear to have special mechanical hooks. For example, there’s a yeti-like monster with a freeze spell that turns its target into a block of ice. In order to break out, you’ll have to tap on the screen. There’s also a worm that, much to the archer and mage’s chagrin, spawns mobs of life-sucking blood leaches all over the battlefield.

Speaking of the battlefield, battle is pretty simple — just click and drag. When you click on a character, you’ll be able to assign actions like healing or attacking to friend or foe. Some monsters have area of effect attacks, and for those, you’ll have to move the party around all over the screen, or figure out intricate formations to lessen the blows. It’s tactical-light, but effective as Battleheart proved. 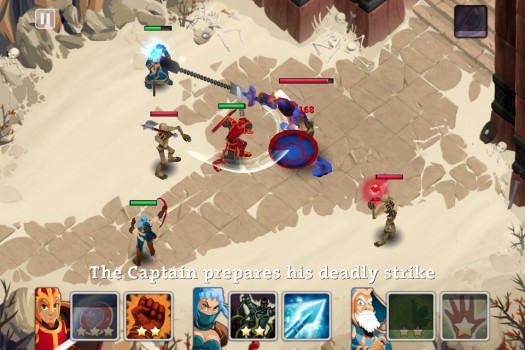 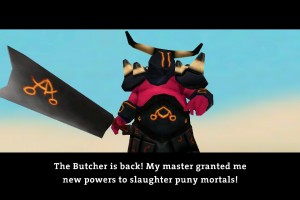 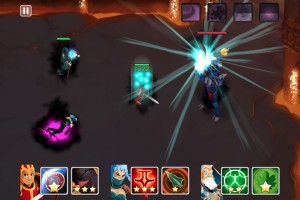 One noteworthy thing I’ve learned in my time with Raid Leader is that you can’t go into auto-pilot during fights. You can wipe, and wipe pretty fast, if you (a) don’t honor things like blood leaches, (b) keep all of the party alive, and (c) master the game’s skill system, which lets you take two different skills per character into fights.

The latter point is particularly noteworthy: as you progress you’ll earn currency to buy new skills, and those skills will be essential to countering specific bosses actions and battle needs. Skills, then, are more of a mechanical extension of recognition and exploitation, as opposed to being strictly about preference. It’s a neat and entertaining change of pace. 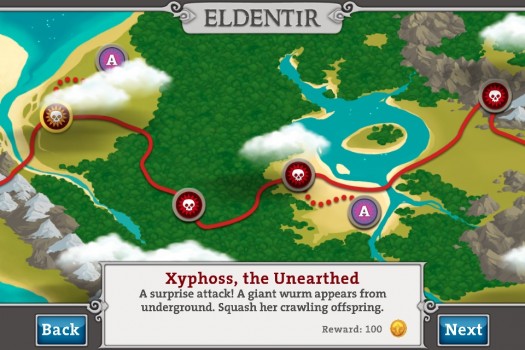 In my preview session, I didn’t push too far into the main campaign — which of course, revolves around a princess and her need for three heroes to defeat a great evil — but I get the sense that balance might be Raid Leader‘s biggest hurdle. Hard and fun is great, but hard for the sake of it isn’t. MMOs seem to screw this up all the time, so Red Zebra needs to be extra careful here.

Raid Leader is being published by Crescent Moon Games as a Universal app, and it’s expected to be released “soon." It’s currently in beta.