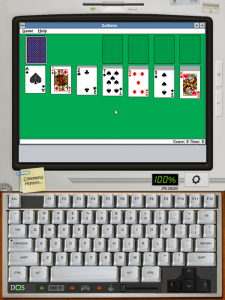 Let’s wind back the clocks a bit so those of you who weren’t around for the great iDOS fiasco of 2010. It all started with Apple ever-so-slightly easing up on their approval guidelines which opened the floodgates for quite a few apps (such as the Google Voice apps) that seemed to eternally be trapped in approval limbo. Whether this had anything to do with iDOS or not is debatable, but it seems awfully coincidental otherwise. Anyway, on the morning of October 26th last year, iDOS hit the App Store. It was a shockingly full featured DOS emulator complete with keyboard and mouse support, as well as a basic virtual gamepad, multiple screen modes, and so much more.

The crazy part about iDOS is there seemed to be nearly no limit to what it was capable of. If you scroll down on this story you’ll even find someone successfully installing Microsoft Windows, within iDOS, on their iPad. iDOS was quickly pulled, then re-appeared in late January of this year with quite a bit of its functionality stripped. Regardless, people quickly figured out how to load things into iDOS, utilizing utilities like iExplorer and other Mac/Windows programs that allow you to fiddle with the file system of your iOS device. Once again, iDOS was removed from the App Store.

Yesterday, iDOS hit the App Store once again, this time as Aemula Oldies [Free] for the iPad and Aemula Oldies S [Free] for smaller screen devices. There’s also the Aemula Gamepad [99¢] which works a lot like the other gamepad apps and pairs with an iPad playing a game. It seems that the functionality has been stripped even further, as all the previous command line access has been traded for a simple menu to load the included games. 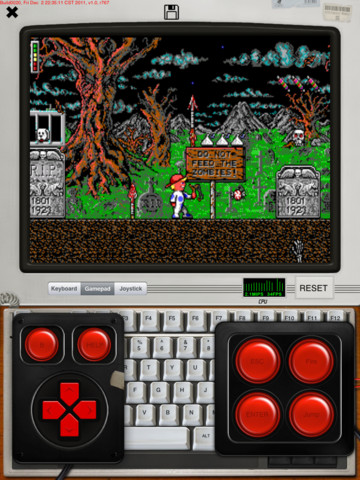 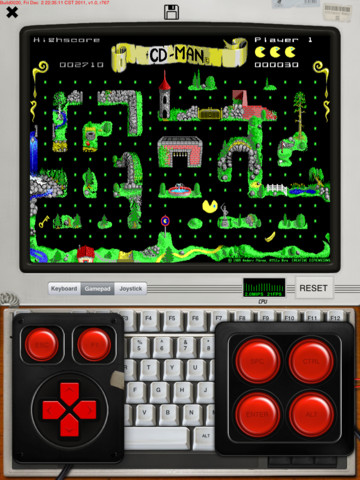 I sort of think third time is the charm for iDOS, err, Aemula Oldies, as I’d imagine that there aren’t any holes for slipping other things to emulate in left anymore. Of course, I could be totally wrong on that, so if anyone figures out any tricks, be sure to let us know.