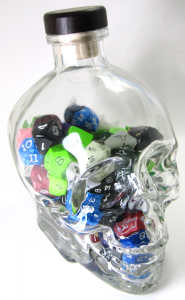 We’ve covered the various gamebooks on the App Store quite a bit in the past, and we’re overdue for a refresher on all the offerings of Tin Man Games— Especially with the release of their latest gamebook, Temple of the Spider God [$2.99]. If you’re new to the whole gamebook thing, here’s the gist- Remember Choose Your Own Adventure books back in the day? Well, imagine those, with greater levels of interactivity via dice rolling, character skills, battles, and more. If this even vaguely sounds interesting to you, you should snag the free version of their first gamebook to give it a try. I’ve had an absolutely fabulous time playing through them, and highly encourage anyone interested in fantasy novels to check ’em out.

Tin Man Games’ series of Gamebook Adventures all are set in the same universe, and even though they were released as a continuing series of sorts, you really don’t need to read them in order at all. If the premise of a particular gamebook jumps out at you, you can dive right in without feeling like you’re missing much of anything by not reading previous installments.

Here’s the current lineup, which are all universal apps:

GA1: An Assassin in Orlandes, $5.99 – “Set within Orlandes City, nobles are being systematically murdered by a ruthless assassin no-one seems able to catch. Finding yourself thrust in the middle of a large conspiracy, you must make decisions that may put yourself and one other most precious to you in great danger. Can you locate the Assassin in Orlandes before it is too late?"