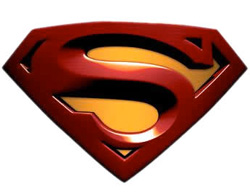 Yesterday at EA’s Naughty or Nice event in New York, I sat down with Levi Buchanan of Chillingo to have a look at a few of the titles the studio has in the pipeline for iOS. One of the titles in question places iOS gamers in the role of a hero that is in no way wanting in the blue and red spandex department. Yes readers, the Man of Steel will soon be training his heat vision upon the App Store.

Superman, developed by Tiger Games, is an iPhone only game that puts you in the red boots of the son of Jor-El. It’s a stand alone action adventure, not tied to any particular film outing, old or new. The story goes like this. Lex Luthor has taken it upon himself to launch a series of satellites to “help" with the whole climate change problem. Superman is understandably concerned by the bald villain’s true motives. (Spoiler: they’re bad.)

The game throws you right into the City of Metropolis, represented in side-scrolling 2D, with a good sampling of your superpowers available for use. The goal is to make it through 18 levels, defeating baddies by any of a number of different means, putting out fires with your freeze-breath, and working your way to defeating the evil Luthor and his orbiting offensive.

The game is designed to be played in mobile-friendly 3-4 minute sessions, each of which call upon most of Superman’s superpowers to get the jobs done. As Superman flies about Metropolis, arrows surrounding his powerful self point directly to situations that need attention, color coded for urgency. The backstory is told via comic book-style panels, appropriately, and the whole thing is a touch-controlled race against the clock.

As long as your iPhone case isn’t crafted from Kryptonite, you should have no problems taking a stab at the role of Kal-El in Superman later this year.