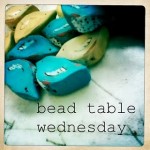 Man, after so many of these Wednesday night release features I’m really scraping the bottom of the barrel for relevant thumbnail images to accompany ’em. I mean, I suppose I could go image-free, but why stop a good thing? So today is Bead Table Wednesday. Will I be able to tie beads and tables into all the games coming out tonight? Well, I guess you’ll just have to read on to see!

All of these games should be immediately available tonight at 11:00 PM Eastern, and earlier if you’re in a region that’s east of North America– Potentially much earlier depending on how much farther east you are. 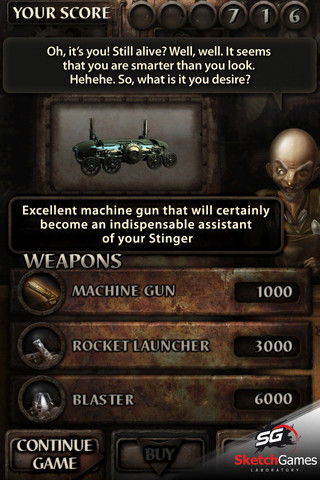 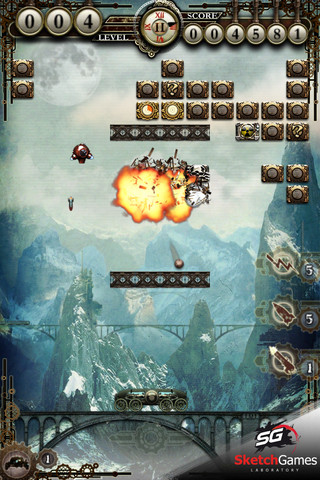 ArkanoArena, $1.99 – Forum Thread – This brick-breaker comes with the interesting twist of coming with an interesting theme that seems to be almost steampunky military based? I’m not even entirely sure how you’d describe it, but other screenshots feature massive zeppelins, and there’s even a store to buy power-ups from. 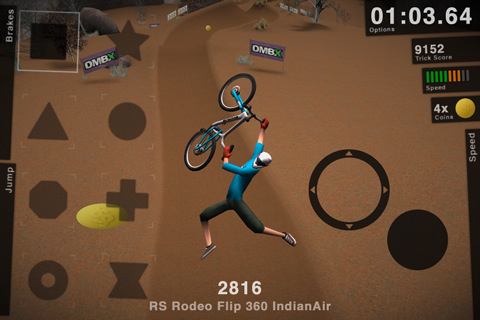 Fruity Jelly, 99¢ – Forum Thread – This platforming-centric collection game from BulkyPix utilizes both tilt mechanics and rotation mechanics to get around the levels. It almost reminds me of those bonus stages in old Sonic games, which could be a very good thing. 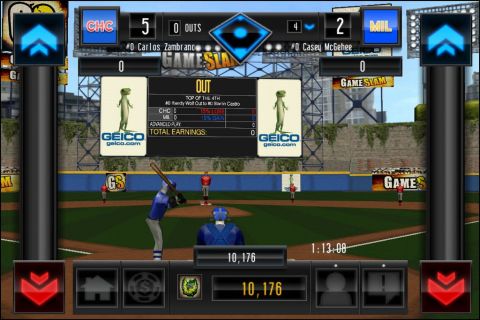 GameSlam, Free – Forum Thread – It seems like this free baseball “game" isn’t much of a game at all, but instead, is an app you can use to watch baseball and football games live and make predictions. It seems pretty ambitious, and I definitely look forward to giving it a try during the next baseball game I’m watching.

Grand Prix Story, $2.99 – Kairosoft is pumping out their library of games like nobody’s business following the runaway success of Game Dev Story last year. Unlike previous installments in their catalog, Grand Prix Story actually plays a lot closer to Game Dev Story without any weird building mechanic, which likely will be a welcome change to some fans of their games.

Gum Drop, 99¢ / HD – Forum Thread – This odd puzzle game from Chillingo puts you to the task of matching words to objects. It seems a little on the simple side, but as forum member Sanuku suggests, it might be an excellent language learning game. Assuming you’re into edu-tainment, of course. 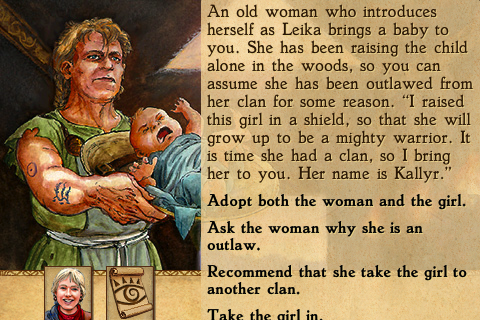 King of Dragon Pass, $9.99 – Forum Thread – Don’t let the price point turn you off of this game as it’s absolutely fantastic. I was lucky enough to score an early copy of it, and the depth is just incredible. It’s like they took the best parts of Civilization games and combined them with the best part of Choose Your Own Adventure style game books. This game kept me busy all weekend and I haven’t even scratched the surface.

Kula Blox, 99¢ / HD – Forum Thread – I’m not entirely sure how you play this free-falling game, but it involves making your way up the food chain. How you do that while going down is something I’m anxious to find out. I am digging the art style, and according to our forums, “Kula" is a naughty word in Hungarian. Who knew?! 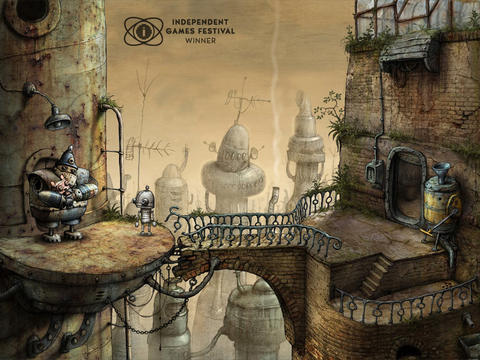 Machinarium, $4.99 – Forum Thread – This game caused quite a stir when it was first announced and the developers revealed that not only was it going to be an iPad exclusive, but it also would only run on the iPad 2. Machinarium has won a ridiculous amount of awards, and is an all around fantastic adventure game from the makers of Samorost. If you’ve got an iPad 2, you need to give this game a try. 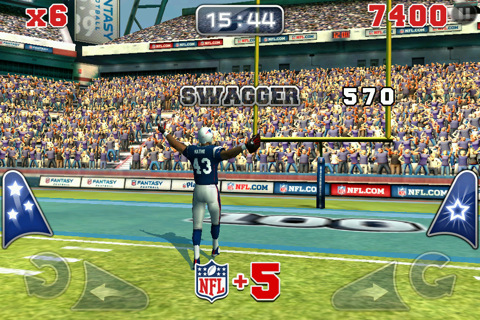 NFL Rivals $2.99 – Forum Thread – NaturalMotion essentially took the Backbreaker games and applied a hefty layer of official NFL licensing on top. It plays very similar to their other football games, and features the awesome swagger mechanic seen above that I seriously can’t help but smile at while playing.

Plushed Gold Fever, Free – Forum Thread – So as part of a promotion, this game is launching for… free. Three individual game types are included that all involve sucking up as much gold as possible. I can’t think of much reason to not grab it while it’s free, as it looks pretty rad.

Race Illegal: High Speed 3D – Forum Thread – I’m really not sure what the catch with this game is as it’s 99¢ and it looks like with EA’s blessing and proper branding it could pass for an iOS version of Need For Speed Underground, which is one of my favorite Xbox racers of all time. 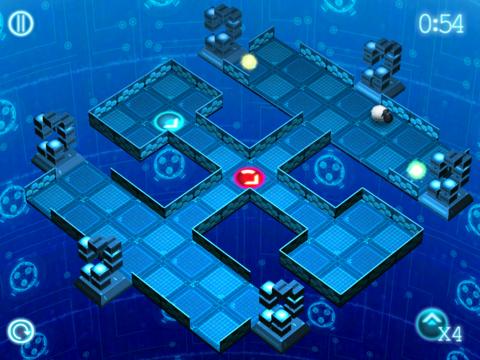 Running Sheep HD, $2.99 – Forum Thread – You really need to at least click this iTunes link and read the description because it is absolutely insane. From what I can gather, it’s a puzzle game involving sheep, and the levels are dynamic, which is good enough for me. 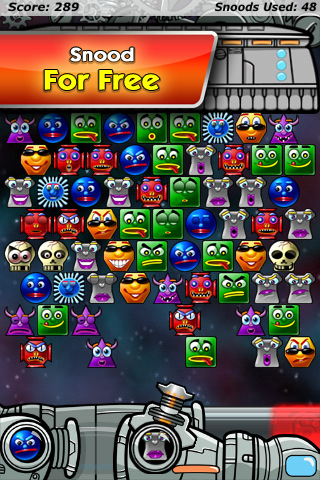 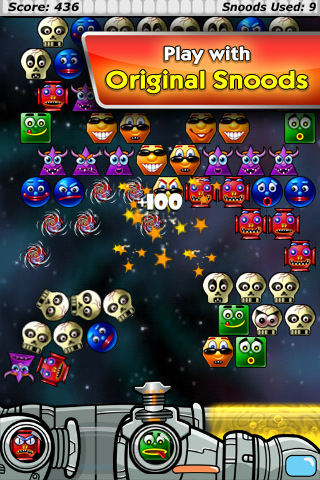 Snood Free, Free / HD – Forum Thread – Hey it’s Snood, but free, with ads. Snood is a pretty classic puzzle game, and worth a try if you haven’t played it yet… Especially for free.

To-Fu 2 99¢ – Forum Thread – We had a great time with the original To-Fu, and this seems to be everything you’d want out of a sequel. New levels, new obstacles, and it’s even universal.

VidRhythm, $1.99 – Forum Thread – This title from Harmonix is more of an app than a game, but Harmonix has a heck of a history of making cool rhythm-centric experiences and VidRhythm is no different. You can take clips of whatever you want, in this case my dog, and turn them into songs automagically.

Tiny Heroes, $2.99 – Forum Thread – We took a look at this title from GeoDefense creator David Whatley during WWDC this year, and thought it had all sorts of great promise. Tiny Heroes is a take on tower defense where you play as an actual dungeon trying to prevent various kinds of entrepreneurial hero types from stealing the treasure house inside your walls. The real kicker is the broad variety of clever defense items at your disposal, like floor traps, spikes, and monsters you can unleash on the approaching thieves.