We first meet the games protagonist, Louis Everett the antiques dealer, in Episode 1 [$4.99/Lite/HD]. Louis bears a striking resemblance to Johnny Depp, but he’s having bad dreams, marital issues and work stresses. As you help him complete his daily tasks, it becomes apparent that something weird and mysterious is going on. There’s a gap in his memory which Louis can’t explain, and the number ‘1112’ seems to keep recurring in his life. This game is about solving that mystery, but don’t expect a final outcome yet, as each episode concludes with a cliff-hanger ending, to entice you into the next release.

After a long wait, Episode 2 [$4.99/HD] was released in 2010. It resumed the same storyline and continued in a similar fashion, but with a few more characters, locations, and puzzles, including the addition of three suduko puzzles as mini-games, which sent some players off to find online sudoku solvers. 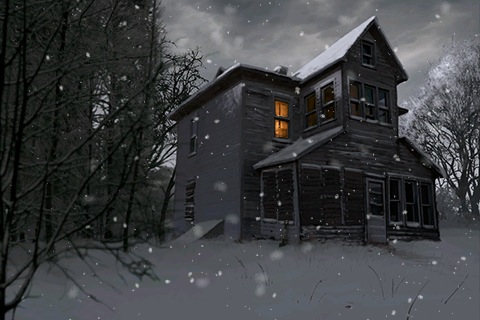 Episode 3 opens with a brief recap of the first two episodes, which is a useful reminder if you played it years ago, but wouldn’t really enlighten a newcomer about the storyline and atmosphere of this game. You could easily play this series starting with Episode 3, but that would be like starting with the third Harry Potter book. If you want the full experience, we recommend starting at the beginning.

Episode 3 features the same high-quality graphics and music that we’ve come to expect. Each object in your inventory is presented as a 3D rendering, which you can rotate or zoom with your fingers to examine more closely.  Like any graphical adventure game, the goal is to find, use, give and combine objects to solve problems and progress the storyline. 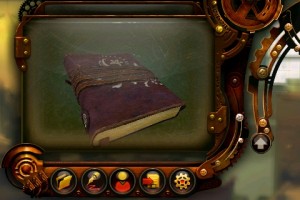 You also need to converse with various characters, for clues or to reveal the next objective. This involves tapping on any green words in their (unspoken) subtitles to collect “conversation starters". Alternatively, you can use a keyboard interface to enter certain words manually, such as answering riddles, or just try entering “1112" to see what various characters think of the games mysterous title.

Prior to release, we were told Episode 3 would contain a longer campaign than the first two episodes combined; and that has eventuated. It’s considerably longer and more involved and could easily take 10+ hours to complete. Despite the longer storyline, the English translations are much improved this time around.

One of the main changes from earlier episodes is that specific objectives are now listed and ticked off once accomplished, which prevents players from getting lost within the longer plot and larger game-world. Fourteen Game Center achievements have also been added and are listed without descriptions, to avoid spoilers.

This game will be a challenge for most people to complete without some assistance. There’s a lot of returning to previous places and people, even though you may think you’ve already covered them off, which requires patience. But don’t fret, as there’s plenty of hints from the developer in our forums, plus step-by-step walk-thrus for each episode are easily located via Google, so you won’t get stuck for long.

If you’re not ready to purchase this game, consider checking out the lite version of the first episode, as 1112 is easily one of the better quality adventure games on the App Store. This series is getting better, but since it takes the small development team at least a year to produce an episode, this intriguing mystery may not be resolved for a few more years; but we’ll be waiting.